Border blockades don’t have support from Idle No More founder 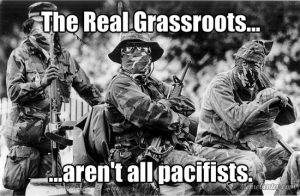 Some planned protest blockages at border crossings in Canada on Saturday don’t have the support of an Idle No More movement founder.

Blocking traffic sends the wrong message, said Jessica Gordon, one of the four founding members of the grassroots movement making waves across the nation.

“If anything, it just disrupts the flow of traffic and gets people upset,” she said.

It’s been difficult for her to keep up with the events scheduled in the name of Idle No More. She tries to post as many as she can to the website (http://idlenomore1.blogspot.ca/) and screens the events to make sure they are casual in nature. However, she’s not the only person posting events on the website and sometimes ones like a border blockage can fall through the cracks, she said.

“If I’m posting, I’ve been able to look at that and make sure that they are all peaceful. That’s what we’ve been saying from the beginning,” she said.

“We’ve had pipes raised, prayers done, ceremonies and so on to ensure that we keep it peaceful and that’s what we will respect.”

Idle No More will continue despite Prime Minister Stephen Harper scheduling a meeting with a delegation of First Nations leaders for Jan. 11. Gordon, nor the other three Saskatchewan women who started the movement, were invited to the meeting.

Idle No More will not stop at anything less than repealing Bill C-45, said Gordon.