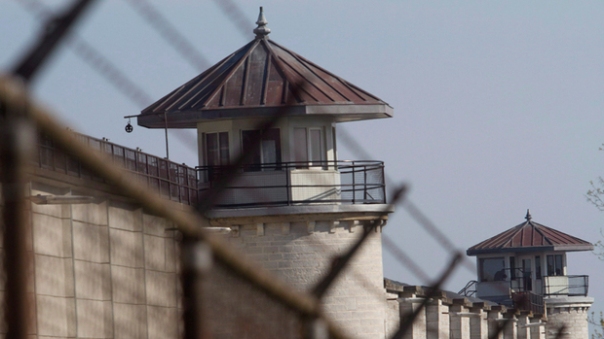 Aboriginal people are so vastly over-represented in Canada’s federal prison system that current policies are clearly failing them, according to a new report by the Office of the Correctional Investigator.

The report found “no new significant investments at the community level for federal aboriginal initiatives. No deputy commissioner dedicated solely to and responsible for aboriginal programs, planning, implementation and results. And worst of all, no progress in closing the large gaps in correctional outcomes between aboriginal and non-aboriginal inmates,” Howard Sapers, the correctional investigator for Canada, said during a news conference in Ottawa.

The report was tabled in the House of Commons Thursday morning — only the second special report ever written by the investigator since the office’s creation 40 years ago.

The trail of many social policies which have marginalized one group of our population “defines systemic discrimination,” Sapers said.

“It’s not that anybody designed the CSC programs to be discriminatory but in fact, there are differential outcomes between aboriginal and non-aboriginal inmates,” Saper said.

The correctional investigator pointed to what he called “alarming” statistics.

“There are just over 3,400 aboriginal men and women making up 23 per cent of the country’s federal prison inmate population,” Saper said.

“In other words, while aboriginal people in Canada comprise just four per cent of the population, in federal prisons nearly one in four is Métis, Inuit, or First Nations.”

Sapers found almost 40 per cent increase in the aboriginal incarcerated population between 2001-02 and 2010-11.

Additionally, aboriginal inmates are sentenced to longer terms, and spend more time in segregation and maximum security. They are less likely to be granted parole and are more likely to have parole revoked for minor problems.

“If I were releasing a report card on aboriginal corrections today, it would be filled with failing grades,” Sapers said.

The correctional investigator called on CSC to implement the following actions:

“The overrepresentation of aboriginal people in federal corrections and the lack of progress to improve the disparity in correctional outcomes continues to cloud Canada’s domestic human rights record,” Sapers said.

Shawn Atleo, the national chief of the Assembly of First Nations, said the prison system needs to work with aboriginal communities to successfully reintegrate offenders into society, ending the revolving door many young aboriginals experience between prison and freedom.

“It’s a troubling pattern that has to be broken,” he said. “When you open the door to a school, you close the door to a jail cell.”

He said the government needs to invest in programs to prevent aboriginal Canadians from reoffending “or we see this pattern continue unabated, and that is obviously completely unacceptable.”

The opposition New Democrats are calling on the federal government to invest additional funds in the next federal budget.

“This report makes it clear that the status quo isn’t working and the federal government must engage directly with the Inuit to put in place support for those Inuit who are incarcerated.”

Audla called on the federal government to take immediate action.

Jonathan Rudin, the program director of Aboriginal Legal Services of Toronto, said the government and prison services lack the commitment and resources to address these problems.

He said there are sections in law governing prisons that allows for special provisions for Aboriginal offenders, such as allowing offenders to serve their sentences in their community. However, these provisions are not frequently used.

“What’s being done is not working,” he said.

The Office of the Correctional Investigator is an impartial body that conducts investigations into how correctional services treats offenders in its care.

Sapers has served as the correctional investigator since 2004. He is in his third consecutive term.