We Belong to Each Other: Resurgent Indigenous Nations

By Jeff Corntassel, posted in – Voices Rising on November 27th, 2013 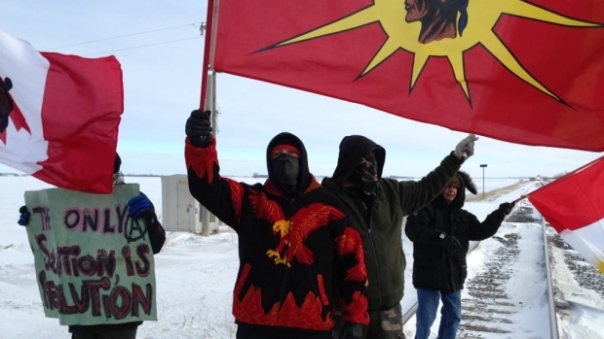 What happens when the salmon people can no longer catch salmon in their rivers? Or when the medicines, waters, and traditional foods that Indigenous people have relied on for millennia to sustain their communities become contaminated with toxins? And how will future generations view our efforts to protect and respect the places and relationships we value?  It’s no accident that in places where Indigenous nations thrive on their homelands and exercise their self-determining authority, those natural environments are biologically diverse and healthy. State-run environments, on the other hand, are often sites of unlimited extraction, freshwater depletion, desertification, deforestation, and the overall destruction of genetic and biological diversity. The fact that over eighty percent of the world’s biodiversity thrives on Indigenous lands is not a coincidence.

Whether disguised as states, corporations, non-governmental organizations etc., colonial powers treat the planet as a tradeable commodity to be militarized and exploited. In the quest for unlimited growth via new versions of the Doctrine of Discovery, each state/corporate extraction project attempts to disconnect Indigenous people from their collective and individual roles and responsibilities to land, culture, and community. Yet as resurgent Indigenous nations reclaiming and maintaining our place-based existences, we become credible threats to the future survival of the colonial system.

While state governments attempt to “claim” Indigenous peoples as citizens, workers, and/or rights-holders, Indigenous nations claim their own in a much different way: as relations with inherent responsibilities to our homelands, cultures, and communities. A Cherokee word that describes these lived relationships is digadatsele’i or “we belong to each other”. It is this sense of belonging that breaks through the colonial confines of the “nuclear family” and guides our relational responsibilities as clan mothers, chiefs, grandmothers, grandfathers, youth, children, parents etc. Mississauga Nishnaabeg scholar Leanne Simpson describes it as a “series of radiating responsibilities”, which require actions to reciprocate and renew these relationships.

Our self-determining authority as Indigenous nations is grounded in healthy, continuously-renewed relationships. For Cherokees, the notion of Gadugi expresses how our governance has persisted for over 10,000 years on the land: people working together in a spirit of community comaraderie. According to Cherokee Elder Benny Smith, Gadugi is a community-centered process that ensures “no one is left alone to climb out of a life endeavor”. This cooperative, place-based consciousness ensures that community is valued through respect, reciprocity and humility. As Indigenous peoples, we have long memories and despite state attempts to erase our presence on the land/water, we embody the struggle to reclaim, reconnect, and regenerate our place-based existence. Remembering life beyond the state and acting on those remembrances is resurgence! 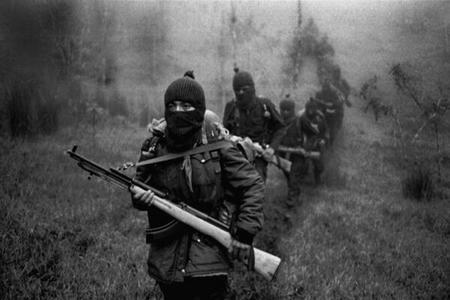 When I was a graduate student at the University of Arizona, an official from the Mexican consulate gave a talk at the university shortly after the Zapatista (EZLN) uprising in 1994. At one point, the Mexican official said that there was no legitimate reason for the Zapatistas to rebel against the government because “we’re all Indigenous, we’re mestizo, and we all have some Native blood.” It was stunning to hear such ignorance and I realized later how prevalent this classic colonial tactic was. It is common for states to proclaim “we are you” in order to legitimize their continued presence on the land. And what the Mexican government official stated is the essence of a nation-state mentality – justifying their illegal occupation of Indigenous homelands by creating the illusion that the state and nation are the same things.

Over 500 years of experience tells us that state-building is about nation-destroying. An Indigenous nation’s self-determining authority comes not from the state but directly from the land itself and thousands of years of experience living in relation to the land, not just on it. States and corporations founded on the theft of Indigenous homelands are inherently unsustainable, which is why they utilize colonial mechanisms such as fear, repression and jurisdictional fictions. But our love for the land and our relations cannot be overcome by state violence, and we live on as Indigenous nations despite colonial attempts to erase Indigenous peoples and our place-based relationships from the landscape.

As political/legal creations, states imposed their will through violence and coercion. Sovereignty provides the state with an exclusive authority to forcefully intervene in all activities within its borders, especially when a nation is viewed as threatening its “territorial integrity”. Yet the state cannot survive over time unless it is granted legitimacy and support from the people within its borders. As conduits for unlimited corporate growth, states are on a constant quest for certainty and legitimacy, which makes them vulnerable. This is why more than 90 percent of all states that have ever existed have broken up.

Once you strip away the veneer of legitimacy, all the state has left is its power to repress. When Mohawk scholar Taiaiake Alfred calls for a thousand Okas to bloom he is highlighting the vulnerabilities of the state. According to the late geographer Bernard Nietschmann, Indigenous nations can economically bleed the state dry with three, interconnected actions:

1. Continue small ambushes and sabotages that force the state to keep a large and expensive military in the field;
2. Destroy or disrupt all state economic exploitation of nation resources; and
3. Through external political and environmental activism, block state receipt of “development” (occupation) funds from international donors, such as non-governmental organizations, corporations, global forums, and states.

Each successive generation has a responsibility to re-interpret Indigenous struggles and act on their renewed commitments to land, culture and community. This is why the Indigenous Nationhood Movement is not something new – it is the latest re-interpretation of a longstanding, decolonizing struggle to reclaim, rename and re-occupy Indigenous homelands and waters. And whether they are aware of it or not, Indigenous peoples are all engaged in this struggle.

However, rather than focus solely on the state, our focus can shift to resurgence by strengthening our relationships with other Indigenous nations. By engaging in Inter-Indigenous treaty-making and alliances to promote new forms of Indigenous unity (revitalizing old trade networks, offering protection for border crossing, protecting of homelands, etc.), strong confederations of Indigenous families and communities emerge as potential challenges to state authority. Since self-determination is something that is asserted, and not negotiated, this is about Indigenous nations re-asserting our inherent responsibilities.

Unlike manufactured state power, which arises from force and coercion, the power of Indigenous nations arises from responsibilities and relationships to our territories and families. Through our everyday acts of resurgence, our ancestors along with future generations will recognize us as being Indigenous to the land. Ultimately, only Indigenous laws can flourish on Indigenous homelands. Digadatsele’i (we belong to each other).

—
Jeff Corntassel (Cherokee Nation, Wolf Clan) is an Associate Professor and Graduate Advisor in Indigenous Governance at the University of Victoria. Jeff’s research has been published in Alternatives, American Indian Quarterly, Canadian Journal of Human Rights, Decolonization, Human Rights Quarterly, Nationalism and Ethnic Studies, and Social Science Journal. You can follow him on Twitter: @JeffCorntassel