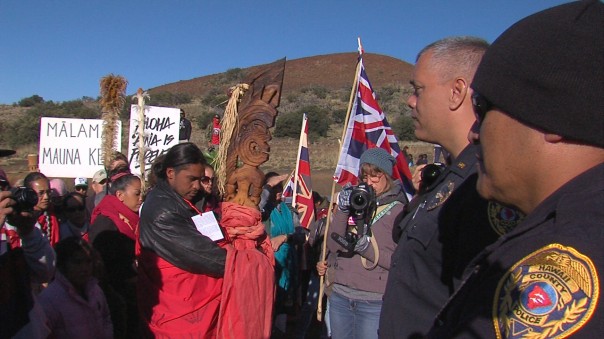 HONOLULU – An apparent cyberattack Sunday temporarily disrupted the main website of Thirty Meter Telescope, the organization trying to construct one of the world’s largest telescopes near the summit of Mauna Kea on Hawaii’s Big Island.

Thirty Meter Telescope spokeswoman Caroline Witherspoon confirmed that the company’s website suffered a disruption, but could not say who was responsible. She said the site was unavailable for about two hours.

“TMT today was the victim of an unscrupulous denial of service attack, apparently launched by Anonymous,” said Sandra Dawson, a spokeswoman for the project. “The incident is being investigated.”

The site was running normally as of Sunday evening.

Native Hawaiians consider the land on top of Mauna Kea to be sacred and have opposed the telescope project. Hawaii Gov. David Ige recently arranged a halt in construction to further discuss the issue.

A blog site called Operation Green Rights, which claims to be affiliated with the hacker group Anonymous, posted images on its page Sunday claiming responsibility for the attack. The page included screen grabs of both the Thirty Meter Telescope website as well as the main website of the Hawaii state government indicating that both had been attacked.

Cindy McMillan, Ige’s director of communications, could not confirm the government’s sites were disrupted but had asked security personnel to investigate.