← First Nation to use blockades if needed to protect ancient B.C. burial site
Interview with Dhoruba bin-Wahad: The False Equivalence of Armed Conflict →

“They have never gotten ahold of me. No, never,” Terry Hadland told CBC News one year after officers killed James McIntyre outside an open house for the controversial Site C dam in northeastern B.C.

RCMP were called to the public meeting in Dawson Creek after Hadland ripped up maps, called BC Hydro staff names, and overturned two tables.

‘I triggered the whole darn thing’

“I triggered the whole darn thing because I didn’t want Hydro to get away with smooching up to the public,” said Hadland, a retired wheat farmer who has opposed Site C for decades.

Officers who responded that evening said that they encountered a masked man with a knife outside on the street. 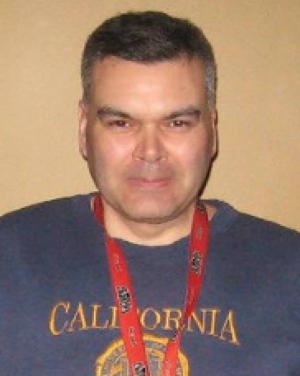 James McIntyre, pictured here, was shot dead by RCMP outside a Site C open house in Dawson Creek, B.C. last year. Terry Hadland says it was his own protest inside the public meeting that triggered the call to police. (Facebook )

By that time, Hadland, the lone protester who had disrupted the meeting and sparked a 911 call, was long gone.

Hadland said he’d been escorted from the meeting and saw a stranger outside holding Site C brochures and “shielding his face from me.”

Hadland says he then got in his car, and drove home, only hearing about the deadly shooting the next day.

“Oh, I was devastated,” said Hadland. “I felt awfully guilty. I could hardly believe that … it was surreal, especially as I began to realize it was me they were out for,” he said.

Hadland said he rushed over to the Dawson Creek RCMP Detachment  where he spoke with an officer for about 20 minutes.

“I said, ‘look it, you guys have been duped, because I didn’t do anything down there for you to go down there and shoot somebody.”

Hadland said the police “patted me on the back and sent me home.”

Hadland said RCMP told him, “It’s a good thing you were there because maybe this guy was really dangerous,” . “And if you hadn’t been there, and a 911 call made, maybe something else would have happened.”

Initial RCMP reports referred to a man at the Site C meeting who was disruptive and “damaging property.”

But Hadland said he was never charged for what he did.

And he was never  interviewed by IIO investigators, even though he wanted to tell them what happened.

“I haven’t heard a word ,” Hadland said. “The investigation, I don’t think it can be thorough until they have spoken to me, and they haven’t.”

“We don’t provide information on witnesses in IIO investigations as this could compromise the integrity of an investigation, said Aidan Buckley, the IIO’s communications and stakeholder relations liaison.

“It’s important that we respect the privacy of witnesses,” said Buckley.

Hadland said he’d never had contact with Anonymous, the online international activist group that claimed McIntyre as one of its own.

And Hadland said he never knew McIntyre. “But we are now linked forever, he and I.”

← First Nation to use blockades if needed to protect ancient B.C. burial site
Interview with Dhoruba bin-Wahad: The False Equivalence of Armed Conflict →