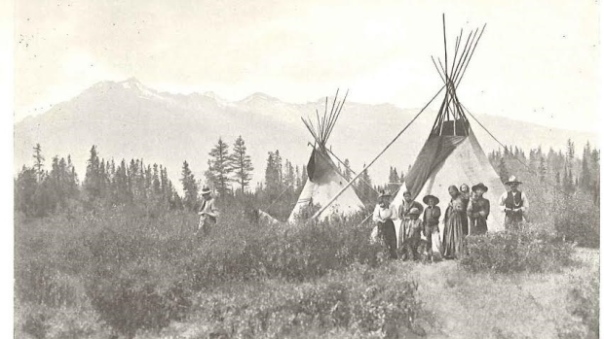 An image from 1912 identifies “Shuswap Indians” at Tête Jaunce Cache. (Photo by F.A. Talbot, from the Simpcw First Nation Archive)

Simpcw forced from from Tête Jaune Cache to a reserve in Chu Chua, 300 kilometers away

The Simpcw First Nation are making a symbolic return to their traditional land in Tête Jaune Cache this weekend — marking 100 years since they were forced to leave.

“The settlers, the miners, in those days had very racist kind of ideas about First Nations people,” said chief Nathan Matthew of the relocation.

“And they just didn’t want First Nations people around there, sort of getting in the way of the settlement of the land or the use of the resources.”

The Simpcw are part of the Secwepemc, or Shuswap, Nation.

Historic records indicate they occupied land from just north of Kamloops into what is now Jasper National Park, including a settlement in Tête Jaune Cache, southeast of Prince George.

In 1916, people living at that settlement were relocated to Chu Chua, nearly 300 kilometres from their home.

“On August the 10th, 1916, Indian Agent John F. Smith accompanied by two British Columbia Police Constables, proceeded to round up without warning, the Simpcw people of the Tête Jeune Cache and Robson Valley area,” reads a document on Simpcw website.

“This entailed a journey of 300 kilometres or more for the men, women and children through the heavily timbered North Thompson Valley.”

Matthew began researching the move in the 1970s while putting together a history of the Simpcw.

He has pieced together the story through oral histories and records from the Hudson’s Bay Company, B.C. police archives, and the federal government. 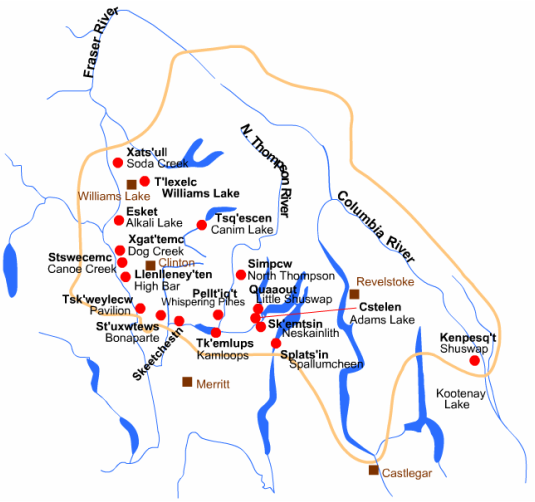 “Although in 1916 there was a railroad, those people were forced to walk all the way from — go on foot — from there, 300 kilometres, to Chu Chua,” he said.

“And we have records that the B.C. police from Prince George were asked to attend to make sure that this thing really happened.”

The Simpcw are holding a series of events this weekend to mark the 100th anniversary of the relocation.

Officials from nearby communities have been invited to attend, and there will be messages from elders, a dinner, and a short walk to the Tête Jaune Cache townsite to symbolize the walk taken by the Simpcw in 1916.

Matthew hopes the event will be viewed as positive, as something being held in the spirt of the Truth and Reconciliation report aimed at addressing and improving the relationship between Indigenous and non-Indigenous Canadians.

“What led us to become really diminished people within our own country… this is part of that story,” he said.

“We want to reconcile all of these kinds of things and go on with our lives and become strong people, contributing members of our communities, and to the broader community, as well.”

He believes it is important to acknowledge the negative part of Canada’s history with Indigenous people so both sides can move forward.

“We are Simpcw people, we do have a territory, we do have rights over that territory… we want to have that validated,” he said.