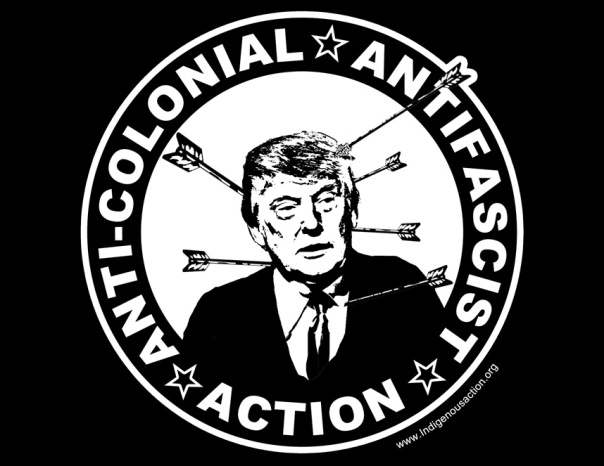 For those of you surprised at the results of this tumultuous spectacle, welcome to the “America” that we have always known.
This is the blinding “greatness of America” that today is invigorated by the islamaphobic anti-immigrant nationalist right.

That an elitist fascist misogynist demagogue  can be designated as ruler of a political, economic, and social system built on capitalism, colonialism, white supremacy, hetero-patriarchy, slavery, and genocide is no surprise. It’s not at all exceptional. It’s what this country has always represented. After all, this is stolen land built with stolen lives.

That slim buffer reaped as a reward of being white or the one gained from being a few notches up in the social/economic hierarchy is a veil that provides the subtle degree of separation that enabled folks to scroll—or ride their fixed gears—passed the protracted suffering we faced during the previous neoliberal (2) regime.
The past 8 years has not been a reprieve for migrants. The Obama administration is responsible for deporting more people than any other US regime in history. Between 2009 and 2015 Obama forcibly deported more than 2.5 million people which amounts to more than the sum of all the presidents of the 20th century. Tohono O’odham communities have been heavily militarized and bisected by the US/Mexico colonial border. Whole villages have been displaced and sacred sites have been desecrated. This will be compounded by the “border wall” threatened by Trump. 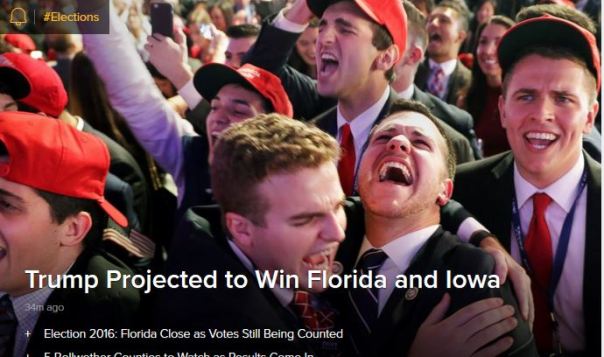 It has not been 8 years of reprieve for those who have been bombed and attacked by drones which, in Afghanistan, has meant the murder of innocent lives 90% of the time.
Let’s calculate mass incarceration and black and brown lives murdered with impunity by police. 8 years did not change racialized state violence, it enraged it with obscene proclamations of a “post-racial” society in the face of the fact that Black folks are shot by police at a rate 2.5 times higher than White folks.
Further add that Indigenous Peoples are “the racial group most likely to be killed by law enforcement” in the US and compound that with the additionally disproportionate rate Indigenous women are sexually assaulted and murdered and the picture becomes more clear of how systemic these issues are.

Though the previous regime recognized the threat of global warming, curbing carbon emissions by cutting coal while declaring open season for fracking and enabling the nuclear industry to further it’s toxic attacks on our future was no meaningful act of “sustainability.” The US empire’s goal is to sustain political and economic dominance, this aim has always been fueled by it’s ecocidal war against Mother Earth aka resource colonialism. Even the non-profit industry’s dead-end agenda would have us transitioning from white to a greenwashing of capitalism. But in this war against Mother Earth, can we risk recycling ineffective tactics with hope that symbolic actions will change the minds of our oppressors? Especially when Trump has declared climate change a “hoax”?

But this is two sides of the same coin. Trump’s fascist, islamaphobic, anti-immigrant, anti-black, anti-indigenous, and misogynist actions and attitudes represent a system, not just one person or party.

There’s a discourse regarding a lesser evil and a diatribe about hope somewhere in there, but these themes have been beaten into our flesh so that our skin has lost it’s ability to scar. It’s as if our bodies are the land desecrated with each cycling of our abuser. In the case of electoral politics the cycle isn’t challenged and neither is the abuse. Only the degree of which the veil covers the wounds is of concern. The matter is not seeing the abuse, it’s seeing the effect which moves the zone of comfort to nearly unsettling. This process is highly objectifying, and many of us play into that role, as concerning that being objectified is, the alternative is to be rendered invisible, unknown, and non-existent. But resistance struggles become emaciated when only fed on a diet of recognition.
This is something the ongoing global struggle against fascism knows very well.

Recent movements like Black Lives Matter (particularly uprisings like those in Baltimore and Milwaukee) and sacred lands and water struggles like NoDAPL resistance (Red Warrior Camp), have struck at some of the nerves of US colonial domination and exploitation.
From fighting for our lives in the streets against police terrorism, to LGBTQI2-S folks bashing back against fascist attacks, to defending sacred lands and water from corporate infrastructure developments facilitated by state violence and resource colonialism, these moments and movements are the result of ongoing resistance that has been waged for hundreds of years on these lands.

We stopped talking about hope when we had to focus on survival.

As reformists were more interested in prolonging the agony, we started bracing ourselves with the understanding that the suffering is going to get worse. This was not to resign our power, but as an assertion of our ability to heal on our terms. We started preparing our spirits, minds, and bodies with this understanding. We reconnected to the understanding that we never had a choice but to fight. That colonization has always been war.
That we are survivors of it’s brutality. That we’ve never stopped fighting.

We understand the difference between power over and power with. That there’s more power to the power of people than choosing which system will rule them. That no politician can ever represent Indigenous lifeways within the context of a political system established by colonialism. That representational/electoral politics are oppositional to liberation from colonial oppression. That the struggles of our ancestors, who defended Mother Earth and her beings with prayers and weapons in hand, is the same struggle that we carry forward today.

Trump doubled down on settler colonial fragility during this spectacle and won. But that very fragility simultaneously demonstrates how desperate and fearful those who have historically benefited most from this system truly are.

Lorenzo Komboa Ervin stated, “We must make it impossible for Trump to govern the country, and must put power in the hands of the people in the streets.”

Embrace your role in these struggles and organize. We are ungovernable and we must make it impossible for this system to govern on stolen, occupied land.