Report says 5 suicides in Uashat-Maliotenam in 2015 were avoidable

Canada’s “apartheid system” of reserves shares some of the blame for a string of suicides that devastated an Innu community on Quebec’s North Shore in 2015, a coroner’s inquest has found.

Coroner Bernard Lefrançois was tasked last year by the Quebec government with looking into the deaths of four women and one man over a nine-month period in Uashat-Maliotenam, an Innu reserve near Sept-Îles, Que.

His report, released Saturday, is scathing in its description of the legal regime that governs Indigenous communities in Canada. The coroner said it contributes to the mental health and substance abuse problems that plague Uashat-Maliotenam.

“I believe and see evidence that the great fundamental problem lies with the ‘apartheid’ system into which Aboriginals have been thrust for 150 years or more,” the report reads.

“The Indian Act is an ancient and outdated law that establishes two kinds of citizens, Aboriginals and non-Aboriginals. The Aboriginal is a ward of the State, someone considered incapable and unfit.”

Lefrançois’ report also blamed the series of suicides on a lack of mental health resources available to the community of 4,000 people.

The local suicide prevention centre only provides services in French, which is not widely spoken in Uashat-Maliotenam, Lefrançois noted. It does not provide services in Innu or Naskapi. 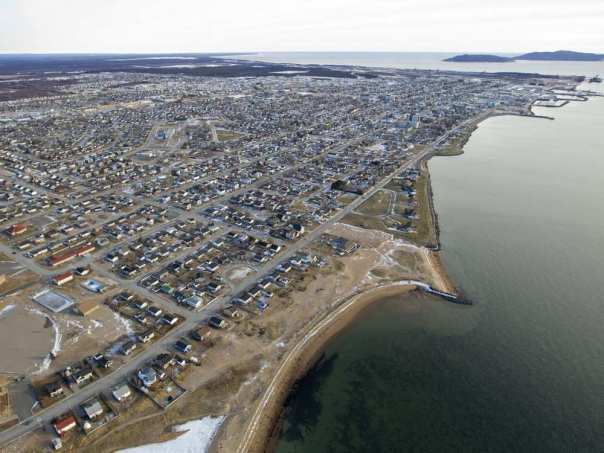 The shortage of Innu-languages resources extends to substance-abuse treatment. The Naskapi have to travel to Montreal, 900 kilometres away, to receive treatment for alcohol or drug issues in either Naskapi or English.

“Overall, I believe that these five suicides were avoidable,” Lefrançois concluded .

“Besides the profound personal discontent of the five persons considered by this inquest, there is the backdrop of profound collective discontent experienced by the community as a whole or by a group of individuals belonging to the community.”

‘Naming the things that should be named’

The coroner’s findings were welcomed by the Innu leaders, who said they felt Lefrançois listened closely to their testimony during a visit to the community last year.

“We knew before what was the problem, but today, Canadians and Quebecers know a little bit more about the situation and what is going on inside the community,” said Jean-Claude Therrien Pinnet, a political adviser to the band council in Uashat-Maliotenam.

Pinnet added that Lefrançois was right to use the charged term apartheid — invoking the system of racial discrimination that existed in South Africa between 1948 and 1991 — to describe Canada’s reserve system.

“We are naming the things that should be named,” Pinnet said.

“I think that with the kind of situation that we are living and passing through, we should use the good words, and I think that is the best word I saw in the report today.”

Recommendations for both Quebec and Ottawa

The report contains more than 40 recommendations, directed at all levels of government. They include:

Quebec’s minister for Public Health and Healthy Living, Lucie Charlebois, said her government will ask Ottawa for help implementing some of the proposals.

“What we find in the recommendations … is that sometimes people don’t get services because they [fall between] provincial, federal or local governments,” Charlebois told CBC News.

“We know they have difficulties and we’ve got to help them.”

When pressed for concrete commitments, Charlebois said the coroner’s report was likely to be discussed at an up-coming cabinet meeting.

She also pointed out her government recently committed to holding a multi-year inquiry into the treatment of Indigenous people in the province.

The Montreal Gazette also ran an investigative piece on suicides in Uashat-Maliotenam: