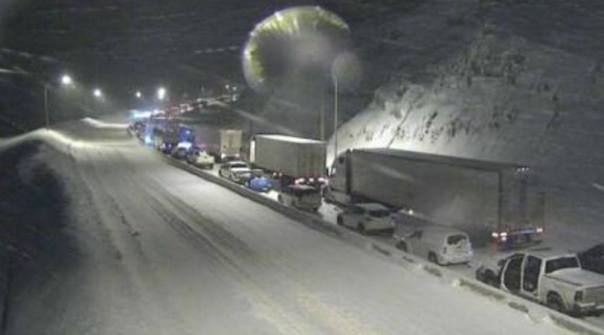 Coquihalla Highway closed in February 2017 due to heavy snowfall, leaving transport trucks and private vehicles stuck on the highway overnight.

A series of highway closures has highlighted how dependent B.C. communities are on regular shipments of food and supplies and raised questions about what would happen to that supply chain during a prolonged emergency.

Produce sections in B.C. grocery stores were running low, just one day after the Lower Mainland was cut off from the rest of the province as freezing rain made every highway into and out of the region unpassable.

“People don’t realize that all it takes is 48 hours and food will run off the shelves if there’s not a supply coming in at all times,” said Marli Bodhi, a researcher at UNBC who has studied food security in Fort St. John and Terrace.

Every community at risk

Heather Lyle of Emergency Management B.C. said most food suppliers in the province have between three and five days worth of supplies.

“So, if our transportation routes are impacted … it’s going to take some time for us to figure out how to reroute, how to restage,” she said. 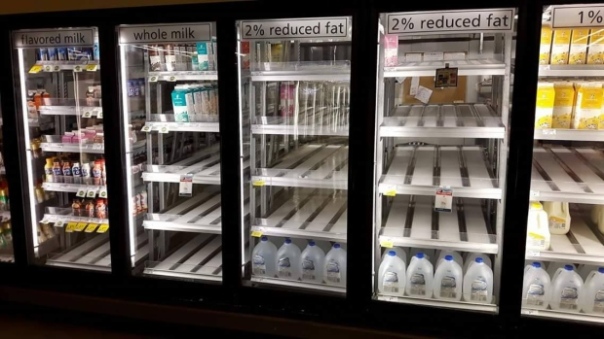 Shelves in a Safeway located in Terrace, BC, during Feb 2017.

She said increasing food security is an area  where municipalities can take the lead by supporting local organizations aimed at doing the same.

She pointed to canning workshops put on by the Northern Environmental Action Team in Fort St. John and space set aside by Terrace for a weekly farmer’s market as good examples of the work that should be supported.

She also said more can always be done to prepare for disaster.

“Even allowing space or creating workshops to help facilitate education for individuals about how to grow or how to build cold storage facilities can be helpful.”

“We should be consuming food that we can grow in our community and that creates less dependency on foods that are being shipped in.”