In the wake of the deadly prison riot in Prince Albert in December, a small crowd led by the Saskatchewan Coalition Against Racism (SCAR) rallied in Regina on Wednesday to protest against ongoing conditions at the penitentiary.

The unrest at the Saskatchewan Penitentiary — thought to have first erupted over food standards — left Jason Leonard Bird, 43, dead and eight prisoners wounded after fires were lit, fittings smashed, and weapons, including firearms, used by guards.

Protestors said prisoners have not yet had their concerns that led to the riot addressed. According to SCAR, those include access to healthy food, basic health care and medical exams, and cultural activities and elders. They also allege abusive treatment by corrections staff.

The facility at Prince Albert led the nation in prison complaints in 2015, with 413, Canada’s correctional investigator Howard Sapers said in the incident’s aftermath. Sapers said at the time that such a scenario unfolding at any jail indicated “real dysfunction in that institution.” Many of the complaints raised were about healthcare, food and visiting rights. 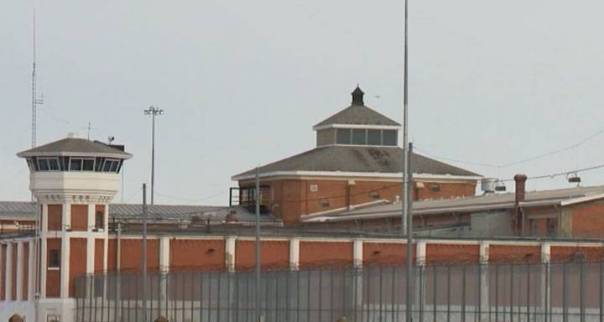 Though an investigation was promised after the flare-up, protestors said the families involved have not been kept in the loop.

“Members of Colonialism No More wrote a letter to (Federal Minister of Public Safety) Ralph Goodale … It’s been over a month now, and he hasn’t responded,” said Chris Kortright of SCAR.

“A lot of the family members are complaining that they haven’t heard about any reports. The … letter was actually asking Ralph Goodale to look into Howard Sapers’ recommendations, about overcrowding and conditions at prisons, specifically P.A., and we haven’t heard anything.”

“Often, prisoners and their families are unable to voice their concerns without fear of repercussions, so having groups like us come forward and give access to (that) voice is important,” Kortright said.

“There is an ongoing investigation, and as a result of that, it would be inappropriate to speak further,” a spokesperson for Correctional Service Canada said, adding that the promised report into the matter involves corrections as well as the RCMP, which is investigating any criminal aspects.

“We have for years contacted the administration of the Correctional Service of Canada with complaints about visitor access, and they have just brushed us off,” said Bob Hughes of SCAR.

“There has to be disciplinary action for staff that are creating the roadblocks for positive interaction by families,” he said, describing what he contended are overzealous approaches to visitors by prison staff.

“The over-representation of indigenous people in Canada’s correctional system is a serious problem that we’re working very hard to address,” Minister Goodale’s office said in an emailed response regarding the group’s concerns.

“Indigenous people make up four per cent of the population of Canada, but 25% of our incarcerated population. By ensuring that the Correctional Service of Canada approaches indigenous corrections in a manner that is both culturally sensitive and inclusive of indigenous communities, we can provide the most effective correctional outcomes … ”

The office could not confirm whether it had reviewed the correspondence from Colonialism No More by late Wednesday afternoon.