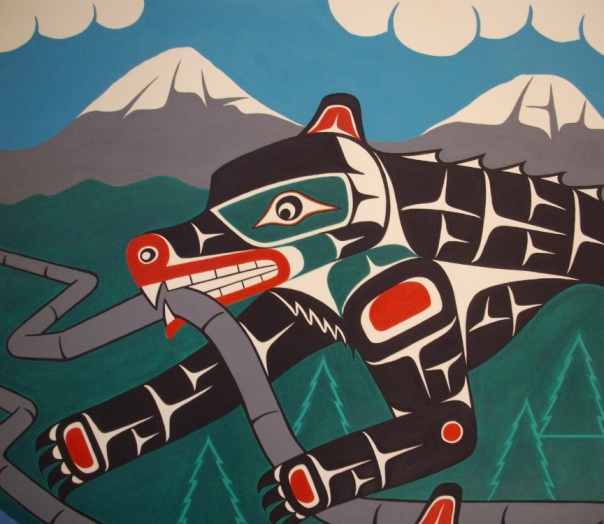 Top court to rule on consultation process over energy projects

The Supreme Court will deliver two landmark rulings Wednesday that could lead to fundamental changes for Canada’s energy sector and its relationship with Indigenous Peoples.

At issue is the Crown’s constitutional obligation to consult with Indigenous Peoples before approving the construction of a pipeline or allowing a natural resources project to proceed. The top court is expected to give further details on just how much consultation is required, and who should be doing it.

Energy companies have signalled they are concerned that a longer, more arduous consultation process could stymie projects and the jobs that come with development.

Some First Nations and Inuit activists have said that the National Energy Board, the country’s energy regulator, has inadequately consulted with their communities before approving projects. There have also been questions as to whether NEB members are best equipped to represent the federal government in these sorts of consultation talks with Indigenous Peoples.

There are two cases at issue. The first was brought by Inuit living in the small Nunavut community of Clyde River, who are opposed to offshore seismic testing in Baffin Bay. A Norwegian consortium wants to conduct the testing so it can search for oil and gas.

The Inuit have said the NEB should never have approved the permit for this type of testing — which uses sound wave technology to see if there are reserves under the sea floor — because of the possibility it could disrupt fish and sea mammals the community relies on for food. The Supreme Court will rule on whether the NEB adequately consulted Inuit in the area when it gave the green light to the testing. (The consortium has delayed testing three times because of the legal action.)

Nader Hasan, the lawyer representing the Inuit, said the best possible outcome would be the Supreme Court reversing the NEB’s 2014 decision to grant a five-year permit for the companies to conduct this type of “blasting.”

“There have certainly been other cases where there has been far more consultation than what happened in Clyde River, where the government just wasn’t there — full stop. The Inuit wrote to the minister saying, ‘The NEB ran roughshod over our rights, you owe us a duty of consultation, where are you?’ And the minister wrote back saying, ‘We’re going to leave it to the NEB,'” Hasan said, speaking of former Conservative Aboriginal affairs minister Bernard Valcourt.

“There was no consultation outside of the regulatory process. We’re asking the court to put an end to that [and] give some much-needed guidance on what exactly the duty to consult looks like and what is required to make deep consultation meaningful,” Hasan said in an interview with CBC News ahead of the ruling.

Jerry Natanine, Clyde River’s former mayor and a leading voice against the testing, said the NEB process was a foregone conclusion.

“This decision means everything to the Inuit, seismic blasting is an existential threat,” Nasan added. “It is a threat to their food security and their 3,000-year-old way of life.”

Federal Court has sided with government in the past

The other case, which the Supreme Court will rule on at the same time, has been brought by First Nations living on the Chippewas of the Thames reserve near London, Ont.

Advocates from that community have said the NEB fell short in its consultation efforts with Indigenous Peoples before approving a permit for Enbridge, the pipeline giant, to alter one of its major holdings, Line 9. The company got the green light to reverse the direction of that heavy crude pipeline; it has been in active service since 2015 carrying oil from Western Canada to refineries in Quebec.

In both cases, Ottawa has argued the NEB was qualified to stand in for the Crown and that Indigenous Peoples had more than enough opportunities to express their concerns about the projects in question. The Federal Court of Appeal has agreed and sided with the government in both cases.

The Supreme Court has previously held that the Crown has a duty to consult, and, where appropriate, accommodate Indigenous Peoples when the Crown engages in activity that might adversely affect Aboriginal or treaty rights. The courts have generally left it to the government to design the consultation process.

The decisions will come amid a time of uncertainty for Canada’s energy sector, and further threats to the federal government’s natural resources agenda.

On Tuesday, proponents of a massive $11-billion Pacific NorthWest LNG project on B.C.’s coast pulled the plug, less than a year after the Liberal government gave the green light.

The Trans Mountain pipeline expansion, which will carry nearly a million barrels of oil a day from Alberta to B.C. for export to Asia, is also hanging in the balance, as new B.C. Premier John Horgan has long opposed its construction. Trans Mountain was approved by the prime minister and his cabinet last November, paving the way for a twinned pipeline that will alleviate capacity issues and help Canada’s oil producers collect world prices.

The court cases come amid a push by the Liberal government to reform the National Energy Board and “modernize” its operations. An expert panel recently suggested the NEB be scrapped, and be replaced with two new agencies with many of regulatory functions moved from Calgary to Ottawa.

The panel also called for “real and substantive” participation from First Nations communities in the decision-making process.

“Canadians told us that they expect to see their energy regulator fully realize nation-to-nation relationships with Indigenous Peoples. We agree,” the report said.

Posted on July 26, 2017, in Uncategorized and tagged anti-pipeline resistance, National Energy Board, natural resources. Bookmark the permalink. Leave a comment.