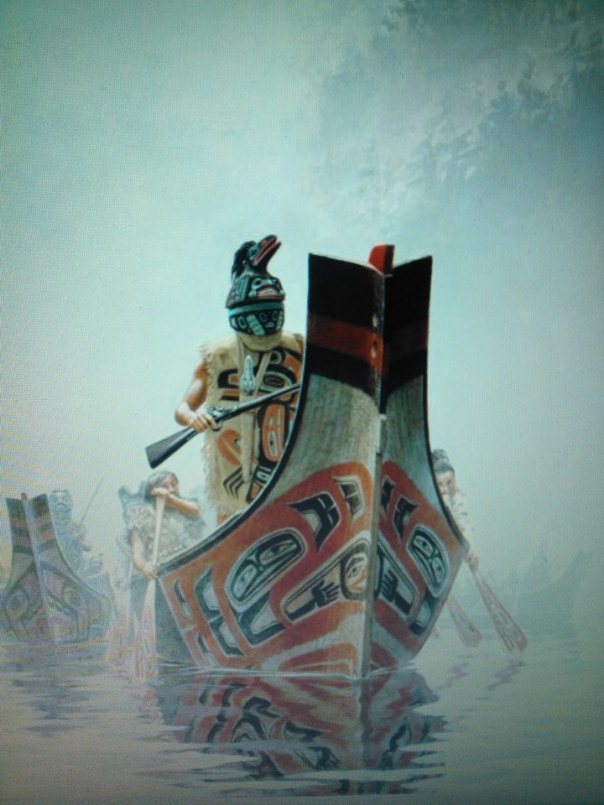 Haida raiders will star in the opening episode of Nations at War, a TV series that tells little-known stories about First Nations warfare in Canada.

“When we started doing the research, we knew immediately that it would be a powerful, eye-catching and engaging episode that nobody would really see coming,” says Tim Johnson, who came up with the idea for Nations at War.

Shot on Haida Gwaii and in studio, the first episode depicts armour-clad Haida warriors and details how they could swing crushing stone “canoe-breakers” from a pitching deck to defend the islands at sea.

Directed by Mary Lou Wagner, the episode also includes interviews with with hereditary leader 7idansuu/Jim Hart, Haida artist Erika Stocker, and John Lutz, a professor who specializes in the history of Indigenous/settler relations at the University of Victoria.

The show spans about 800 years, from the time of Viking incursions to the last major battle fought on Canadian soil — the North-West Rebellion of 1885.

But it’s the stories of Haida raiding, ship-sinking, and trade across the entire Pacific Northwest that open the show. Host David Lyle introduces the Haida as “the greatest aboriginal naval power North America had ever seen.”

“Everyone gives the Vikings credit for being the warriors of the sea, and people who carved their way across Europe,” Johnson said.

Over the course of series, Friesen said the audience comes to realize that in the west, guerrilla warfare essentially began with native nations, and was later adapted by Europeans. Many of the stories aren’t widely known, he said, something he credits to interviews with several Indigenous elders. 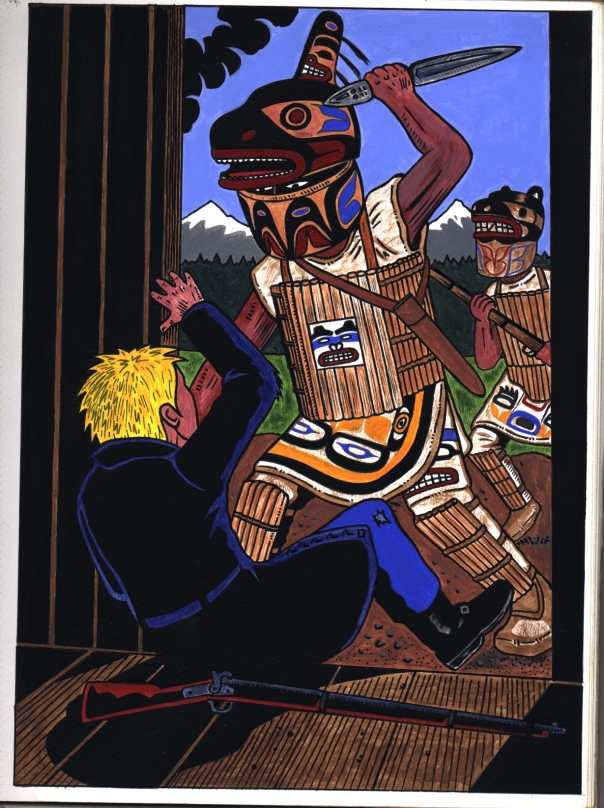 “They bring a rich oral history that isn’t in the history books,” he said.

“You have to be incredibly fearless to attack an enemy where they’re strongest, with very little backup,” he said.

But the show is not all about combat.

“We do talk about the raids and how much the Haida were feared, but at the same time, you had to do business with these people because they were one of the dominant forces in the region,” he said.

Along with other nations in the Pacific Northwest, slavery was key to the Haidas becoming a dominant economic and military power before contact — according to some estimates, 15 to 30 per cent of people living on Haida Gwaii were enslaved at one time, either through war or trade.

“That violence was smart business, a means to an end,” Johnson said. “They needed people to do their grunt work for them.”

Unlike the colonizing European nations, which at the time raised massive field armies of people who were largely expendable to their leaders, First Nations could not waste lives, he added.

“Every warrior that died was also a person who was feeding their community,” he said.

When looking at history, Friesen and Johnson said it’s not their role to make value judgements, only to tell the stories.

“That’s one thing about the past — it’s hard to make concrete judgements about a lot of things,” Johnson said.

“That same raiding tradition, that skill in battle, is what allowed the Haidas to become master artisans. It’s what gave them the time to devote to culture and art, which is ultimately a much more lasting legacy in human history.”

Nations at War starts this Wednesday, Sept. 6 at 9 p.m. on APTN West. Episodes will be available to stream on the show’s website the following morning.

Posted on September 4, 2017, in Warrior and tagged Haida, Indigenous warfare, Nations at War, warrior. Bookmark the permalink. Leave a comment.