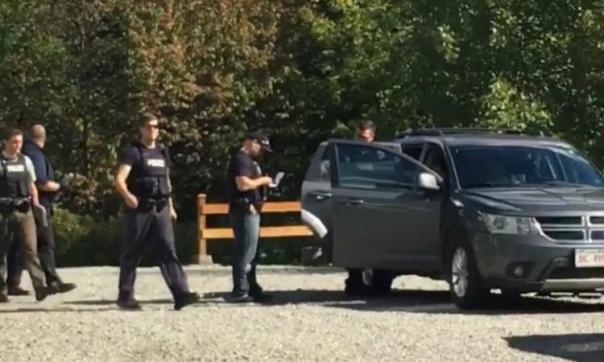 RCMP officers during the October 5, 2017 raid on Tobique First Nation.

The chief of Tobique First Nation says the RCMP raid on the community’s new marijuana dispensary Thursday prompted a blockade that could have turned into a “full-out conflict.”

Ross Perley says Tribal ReLeaf, which opened in July, is 51 per cent-owned by the band and has the full support of band council as a “pain management centre.”

“We’re sick and tired of doctors and pharmacists shoving opioids down the throats of our people, paid for by Health Canada,” he said. “So this is a way … for people to get the medicine they need to try and live happy, peaceful lives.”

Perley said the marijuana can help people in the community with medical conditions such as cancer and post-traumatic stress disorder, as well as those trying to kick addictions to opioids and other narcotics.

And the band’s share of the revenue can go back into the community — everything from programs for youth and assistance for the elderly to helping the unemployed find jobs and infrastructure projects.

It’s only been a couple of months, but Perley said the initiative has been “good for the community” and that’s why there was such a strong show of support during the raid.

About 100 members and several vehicles blocked officers from leaving “for a number of hours,” he said. It was peaceful and no weapons were involved, but the situation was “delicate.” 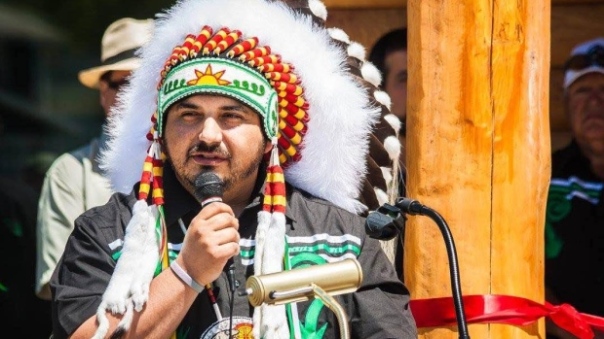 The search and seizure by police was viewed as a “disrespectful” “attack” on the band’s sovereignty, said Perley.

“Luckily, me and my council were able to negotiate their safe release,” he said. “Basically, we avoided a full-out conflict and crisis in our community.”

Perley declined to disclose any details about the negotiations but did say charges against three arrested employees were dropped.

“We strongly believe in self-government and self-determination,” he said. “We regulate and license our own gaming, our own alcohol, our own tobacco and our own marijuana, and we do it efficiently.”

RCMP contend the dispensary, located on Route 105 in northwestern New Brunswick, is illegal and unregulated and failed to comply with a “cease and desist” order last month.

​No charges have been laid and the investigation is continuing, spokesperson Cpl. Jullie Rogers-Marsh said on Friday.

Police are trying to determine who is supplying the shop, she said.

Perley declined to disclose the identity of the supplier or the names of the other part-owners.

“All I’ll say is we have the educational capacity and the sophistication to do proper quality control and regulation,” he said.

Perley questions why the RCMP would focus on the marijuana dispensary when the community is struggling with narcotics, such as opioids, fentanyl and cocaine — particularly when the federal government is expected to legalize recreational marijuana use by July 2018.

“People are sick, they’re dying on these [other] drugs,” said Perley, who has been the chief for three years. 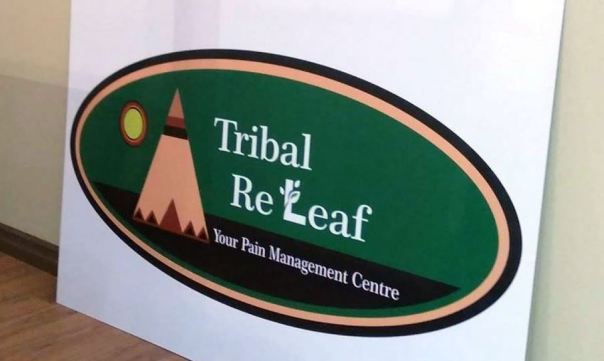 Rogers-Marsh said the RCMP have to enforce the laws as they exist today, including the Controlled Drugs and Substances Act, under which marijuana is still considered illegal.

She said she couldn’t speak about other “enforcement efforts ongoing.”

“There are different investigations at different stages,” she said.