In reclaiming our history of resistance, we can also revitalise decimated languages 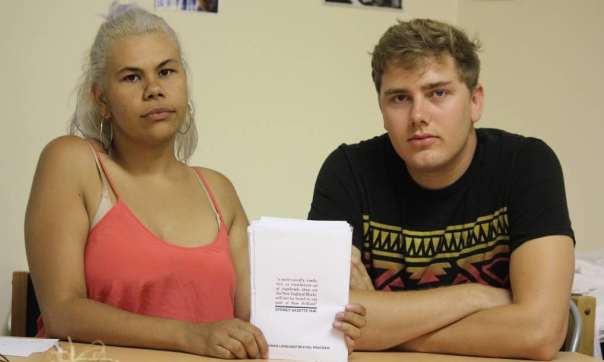 On the bicentenary of the colonisation of New England, IndigenousX host Callum Clayton-Dixon reassesses the frontier wars

This year marks the bicentennial of John Oxley’s 1818 reconnaissance mission to the New England tableland in New South Wales, which lay the foundation for 200 years (and counting) of violent and stifling colonialism. The first squatter reached New England in 1832, and an intense period of frontier conflict accompanied the ensuing invasion and occupation.

Numerous newspaper reports document the “outrages” and “depredations” committed by Aboriginal people on the tableland; shepherds tomahawked and troopers speared, livestock in their thousands appropriated and destroyed, huts burned to the ground, and graziers forced to flee the district. Claiming “there was no force to keep them down”, colonists constantly called for adequate police protection from the “lawless blacks”.

“…the Blacks, who are prowling about the country plundering, murdering, and carrying off flocks and herds wholesale; a more rascally, vindictive, or treacherous set of vagabonds than are the New England Blacks, will not be found in any part of New Holland.”
– Sydney Gazette, February 1841

There’s no doubt Aboriginal resistance was a formidable challenge to the New England colonial project, with a state of “open warfare” enduring for over a decade. The commissioner of crown lands arrived in 1839 with “a police force sufficient to intimidate opposition”, but it took at least another five years for this phase of resistance to be quelled.

“The aboriginal natives [of the tableland] defended their territory against the invasion of the white stranger with tact and vigour. Many are the records of conflicts of the black occupiers of the hunting grounds and the white searchers for grazing land.”
– Singleton Argus, December 1883

Few records however, tell of the “coercive measures” employed by agents of colonialism in subduing “the savage and blood-thirsty Aborigines”; a conspiracy of silence following the 1838 Myall Creek massacre, which saw some of the non-Aboriginal culprits found guilty and hanged for the murder of Aboriginal women, men and children. Those records that do survive document the brutal approaches to removing the Aboriginal obstacle to colonisation of New England, from punitive expeditions led by government officials, to vigilantes “poisoning the natives with arsenic and shooting them”.

The book Tales at Old Inglebah, by Donald Jamieson – a descendent of the New England squattocracy – details how station workers in the Walcha area planned and carried out an unprovoked attack on Ambēyaŋ people with approximately 50kg of explosives, an utter act of terror.

“There were pieces of burning wood of all sizes hurled hundreds of feet into the air … Add to this the roar of the explosion and the thud of falling timber as it hit the ground, and it was enough to scare the life out of the stoutest hearted native who ever lived. And as the noise died away, the shrieks of the natives could be heard as they fled in all directions.”

Dispossession in New England was not only violent, but also extremely rapid and extensive. Within less than 10 years since the colonial occupation began, settlers began to outpopulate Aboriginal people in the region. By the mid-1840s, New England had been divided into 116 stations and Aboriginal people had to contend with an influx of half-a-million sheep.

Parallel to ongoing frontier conflict, the seeds of assimilation were being sown. Surveyor Heneage Finch’s vision for assimilating the region’s Aboriginal population was to “gradually wean the natives from their savage habits, by the force of example, by making them partakers in their labours instead of partners in their vices, and by exhibiting, in their best form, the advantages of social life”. It soon became commonplace for Aboriginal people to be co-opted into working on stations as shepherds, grooms and house servants.

This is only a very brief and incomplete insight into the early years of New England’s colonial history. Nevertheless, it provides some context as to the sharp decline of Aboriginal languages on the tableland, our ancestral tongues having suffered to the point where they were driven to dormancy several decades ago. In 1899, the district registrar of Uralla responded to a request by the Anthropological Society of Australia for “Native names of places and their meanings”.

The registrar responded that he was unable to provide such information as “all the old blacks” had left the district, and “the young ones and half castes … know nothing of the old dialects of their forefathers”.

In 1963, a linguist interviewed 50 Aboriginal people from across the tableland, all “having been suggested as possible informants” on the Anaiwan language. Only four of these “informants” were able to provide Anaiwan lexical data, with the researcher eliciting roughly 40 words overall.

Our languages didn’t just fall dormant of their own accord. They were decimated by colonisation, torn from country, community and culture, imprisoned on the pages of researchers, left to gather dust in archives and on library shelves.

In working to repatriate and revitalise our linguistic identity, the Anaiwan Language Revival Program is also attempting to reclaim our history of resistance and survival post-1818. On Invasion Day this year, we will be launching a publication called Mūgūŋ & Gun: Resisting New England, compiling excerpts from newspaper articles, government reports and station diaries which chronicle the all but forgotten New England frontier wars.

Language belongs to land, and we as Aboriginal people are custodians of land and language. It is therefore our inherent right and responsibility to revitalise our mother tongues, along with the healthy relationships they engender with kin and country. Like language revitalisation, the reclamation of our history is vital to the decolonial process. It’s our history of resistance and survival that’s been stolen and suppressed, and we must take it back.