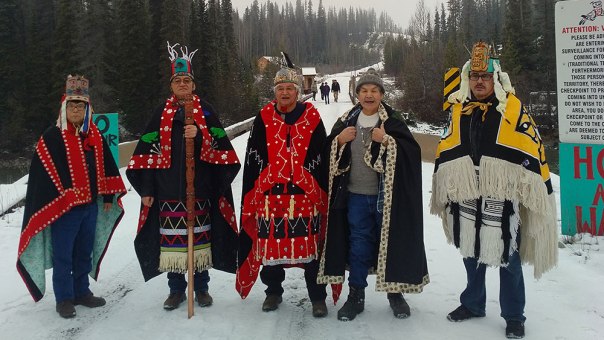 An RCMP operation to enforce a court injunction over a pipeline dispute in northern B.C. has come to an end for now without further arrests, APTN News has learned.

Hereditary Chief Na’Moks of the Wet’suwet’en Nation confirmed Tuesday night talks were underway to reach “a peaceful solution” after Monday’s raid at a checkpoint 20 km down the road from the camp.

“The people who escaped to the healing centre are in trauma,” Na’Moks said.

“We are in discussions with the RCMP and we will only allow them in after agreements are made.”

Police took 14 people into custody after rushing a homemade checkpoint on Gidimt’en territory set up to block Coast GasLink employees from reaching a healing centre on Unist’ot’en territory.

But some members of both houses escaped arrest and fled to the healing centre in the camp up the Morice River Service Road south of Houston, B.C.

Na’Moks said the chiefs want a non-violent end to the standoff, which saw people inside the healing centre spend the day “singing and drumming” to keep calm.

APTN witnessed a convoy of RCMP vehicles exit the road into Houston before a spokesperson for the chiefs provided a statement.

Debbie Pierre, executive director of the Office of Wet’suwet’en said the meeting with RCMP was underway in Smithers and the chiefs would share the outcome with the public Wednesday morning.

She noted police spent the day clearing “fallen trees and heavy snow” from the road leading to the healing centre.

According to an RCMP release Monday evening, police “observed a number of fires being lit along the roadway by unknown persons, and large trees felled across the roadway,” after the arrests.

The checkpoint has been completely cleared away, APTN was told. 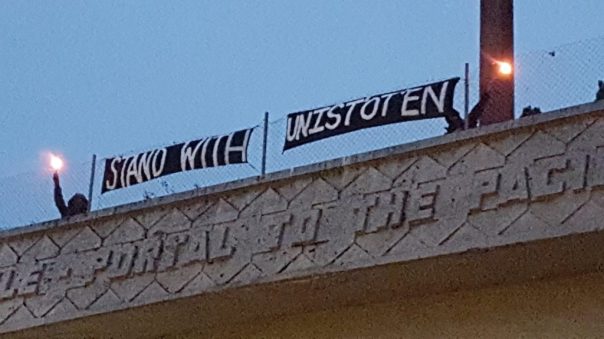 Evening Status Update: The Gidumt’en blockade at KM 44 has been cleared. Police and private contractors have been clearing the snowed-in road and have made it up to KM 57. Unist’ot’en camp is at KM 66.

We have heard that the Hereditary Chiefs have been meeting with the RCMP and will have an announcement Wednesday morning on the outcome of those talks.

Thanks so much for all the support around the world today, with 1,000’s of people rallying, occupying offices, calling politicians and expressing there disapproval of the heavy-handed tactics of the RCMP.