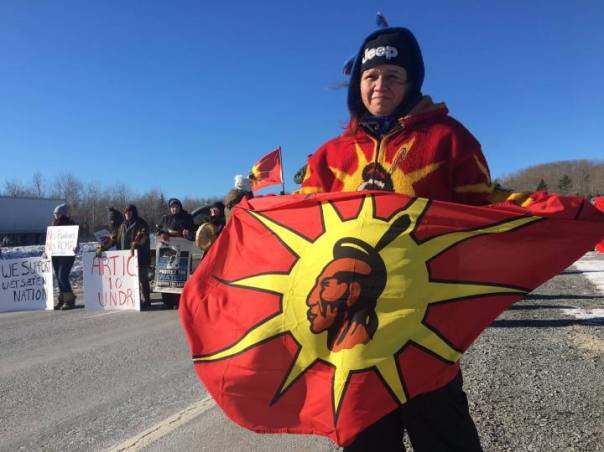 Supporters in Nova Scotia blocked a portion of Highway 102 on Tuesday morning to demonstrate solidarity with anti-pipeline protests in British Columbia.

Protesters say they were holding a peaceful protest, which took place near Exit 10 at Shubenacadie, N.S.

Similar protests and rallies have been taking place across the country in opposition to the construction of a natural gas pipeline over Indigenous lands.

Tensions have been on the rise between law enforcement and Indigenous people blockading pipeline sites over the past week.

Last weekend, RCMP arrested members of the Wet’suwet’en First Nation, who were cutting off access to the TransCanada Coastal GasLink work site.

An injunction had been issued barring protesters from cutting off access for construction workers, but the blockades remained up anyway.