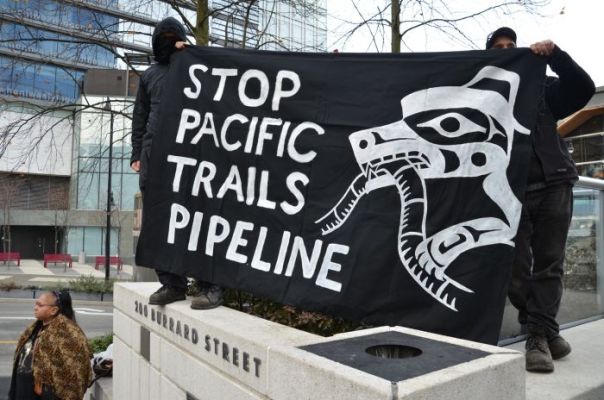 CALGARY – A liquefied natural gas project planned for Kitimat, B.C., faces an uncertain future after one of its U.S. partners announced plans to get out of the LNG business.

Apache Corp. said in its second-quarter news release that it plans to ditch the Kitimat LNG project, which it was developing alongside Chevron Corp., as well as the Wheatstone LNG project in Australia.

The Houston-based company has been under pressure from activist hedge fund Jana Partners LLC to restructure.

END_OF_DOCUMENT_TOKEN_TO_BE_REPLACED

Black bear killed by Apache contractor near Nelson, BC

An oil and gas company is investigating after one of its contractors accidentally ran over and killed a black bear near Fort Nelson, B.C., last week.

The black bear was hibernating in a shallow, unidentified den approximately 100 kilometres northwest of Fort Nelson, in the Liard Basin of northern B.C. END_OF_DOCUMENT_TOKEN_TO_BE_REPLACED 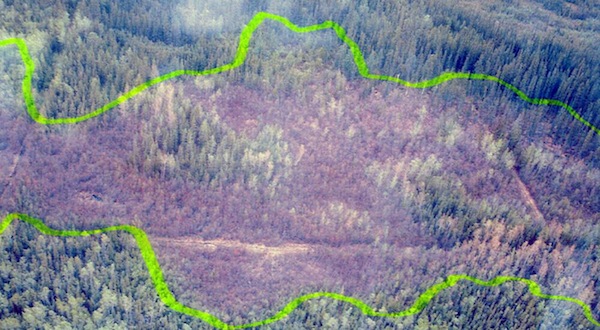 The area that died from the Apache pipeline wastewater spill near Zama City, Alberta, Canada, in Dene Tha’ territory.

A toxic waste spill, the largest of its kind in North America, has destroyed a chunk of landscape in northern Alberta.

“The substance is the inky black colour of oil, and the treetops are brown,” reported The Globe and Mail in a recent story. “Across a broad expanse of northern Alberta muskeg, the landscape is dead. It has been poisoned by a huge spill of 9.5 million litres of toxic waste from an oil and gas operation in northern Alberta, the third major leak in a region whose residents are now questioning whether enough is being done to maintain aging energy infrastructure.” END_OF_DOCUMENT_TOKEN_TO_BE_REPLACED