Indigenous affairs minister gets earful on visit to Attawapiskat

ATTAWAPISKAT, Ont. – A young man in the troubled First Nation of Attawapiskat asked the federal indigenous affairs minister on Monday why his community was living in Third World conditions while Canada is greeting refugees with open arms.

Robert Sutherland was among several youths to express frustration to Carolyn Bennett over the lack of basic supports so desperately needed by those in his James Bay community.

END_OF_DOCUMENT_TOKEN_TO_BE_REPLACED 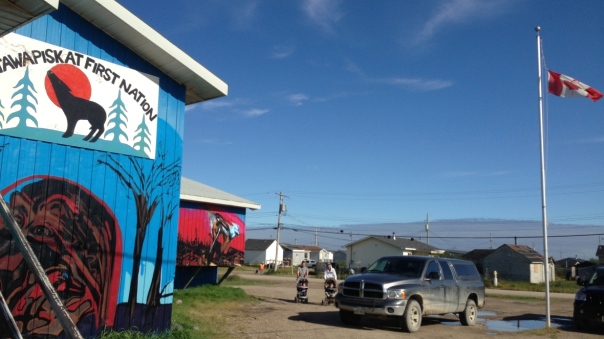 Five children tried to take their own lives Friday evening at the Attawapiskat First Nation, its chief said, deepening a crisis in the small community over repeated suicide attempts.

Chief Bruce Shisheesh confirmed the fresh suicide attempts in a brief telephone conversation with Reuters on Saturday. It was not immediately clear how old the children are. END_OF_DOCUMENT_TOKEN_TO_BE_REPLACED

In 1995, a report issued as part of the Royal Commission on Aboriginal Peoples called suicide “one of the most urgent problems facing aboriginal communities.” 22 years later, Canada’s ongoing colonial project is still taking a staggering and gruesome toll on the health and lives of First Nations. In Attawapiskat, a community of close to 2,000, there were 11 suicide attempts last Saturday [April 9, 2016], on top of 100 suicide attempts since last September. END_OF_DOCUMENT_TOKEN_TO_BE_REPLACED 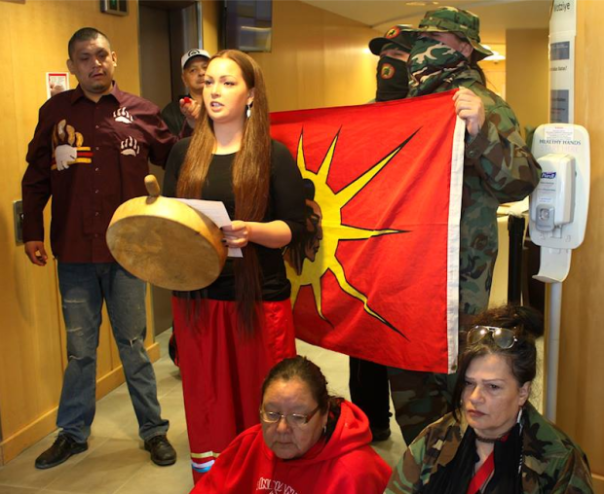 TORONTO — Several groups of indigenous activists have occupied the offices of Indigenous and Northern Affairs Canada in Toronto and staged a sit-in in Winnipeg, demanding that Justin Trudeau visits a northern Ontario community struggling with a recent spate of suicide attempts.

A group of about 30 people first occupied the Toronto building around 10 a.m. on Wednesday morning, police said. The protest has been peaceful, police said. A second group of activists occupied the Winnipeg INAC offices Thursday evening. There are reports that a third group has occupied an INAC office near James Bay in northern Ontario. END_OF_DOCUMENT_TOKEN_TO_BE_REPLACED

Ontario to spend up to $2M to help Attawapiskat First Nation

Ontario Health Minister Eric Hoskins announced Wednesday that the provincial government will dedicate up to $2 million toward long-term solutions to prevent suicide attempts in the troubled Attawapiskat First Nation.

The money will pay for continuous mental health support, and night and evening nursing clinical support, including four mental health workers, up to five nurses, two security staff, one communications person and an incident manager. A youth centre will also be set up. END_OF_DOCUMENT_TOKEN_TO_BE_REPLACED