An Activist Stands Accused of Firing a Gun at Standing Rock. It Belonged to Her Lover — an FBI Informant.

As law enforcement officers advanced in a U-shaped sweep line down North Dakota Highway 1806 last October, pushing back Dakota Access opponents from a camp in the pipeline’s path, two sheriff’s deputies broke formation to tackle a 37-year-old Oglala Sioux woman named Red Fawn Fallis. As Fallis struggled under the weight of her arresting officers, who were attempting to put her in handcuffs, three gunshots allegedly went off alongside her. According to the arrest affidavit, deputies lunged toward her left hand and wrested a gun away from her. END_OF_DOCUMENT_TOKEN_TO_BE_REPLACED

The Federal Government Is Trying To Imprison These Six Water Protectors

In February, a federal grand jury issued indictments of four Standing Rock water protectors on charges of Federal Civil Disorder and Use of Fire to Commit a Federal Crime.

FBI representatives have contacted several ‘water protectors’, raising alarm that an indigenous-led movement is being construed as domestic terrorism

The FBI is investigating political activists campaigning against the Dakota Access pipeline, diverting agents charged with preventing terrorist attacks to instead focus their attention on indigenous activists and environmentalists.

The Guardian has established that multiple officers within the FBI’s joint terrorism taskforce have attempted to contact at least three people tied to the Standing Rock “water protector” movement in North Dakota.

END_OF_DOCUMENT_TOKEN_TO_BE_REPLACED

Leonard Peltier: 41st Anniversary of the “Incident at Ogala” 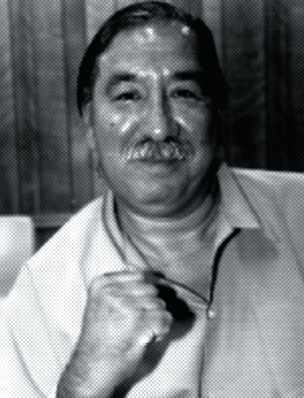 June 26th marks 41 years since the long summer day when three young men were killed at the home of the Jumping Bull family, near Oglala, during a firefight in which I and dozens of others participated. While I did not shoot (and therefore did not kill) FBI agents Ronald Williams and Jack Coler, I nevertheless have great remorse for the loss of their young lives, the loss of my friend Joe Stuntz, and for the grieving of their loved ones. I would guess that, like me, many of my brothers and sisters who were there that day wish that somehow they could have done something to change what happened and avoid the tragic outcome of the shootout. END_OF_DOCUMENT_TOKEN_TO_BE_REPLACED

An art exhibit commemorating National Native American Month at the state Department of Labor and Industries building, Tumbwater, Washington, is being dismantled in response to complaints received from law enforcers. END_OF_DOCUMENT_TOKEN_TO_BE_REPLACED

There are millions of entries for non-criminal reasons as well as many from unexplained sources.

The Federal Bureau of Investigation (FBI) has been developing a gigantic database containing biometric information on a significant portion of the United States.  The human identifiers contained in this database — photos, fingerprints, facial signatures, iris scans, palm prints, birthmarks, voice recognition, DNA — are not only taken from people who have been arrested, they are also being collected from millions of Americans who have not been charged with any crime. END_OF_DOCUMENT_TOKEN_TO_BE_REPLACED