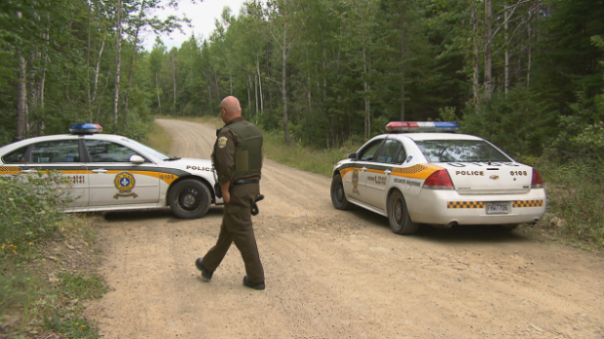 Surete du Quebec at the site of the blockade during the raid of August 14, 2017.

OTTAWA, AUGUST 18 – FOR IMMEDIATE RELEASE:
This morning, 10:30am Atlantic time, Anishinaabe water protector and Ottawa resident Fredrick Stoneypoint will receive the decision of judge Denis Paradis’ on whether he will get bail release for the severe charges he is facing.

Stoneypoint has been in custoday since August 14 when Quebec provincial police (‘SQ’) took down an over-a-week-long blockade that was preventing oil/gas company Junex from proceeding on its exploratory fracking activities in the Gaspesie, eastern Quebec.