Bella Bella herring fishery to re-open with much smaller catch 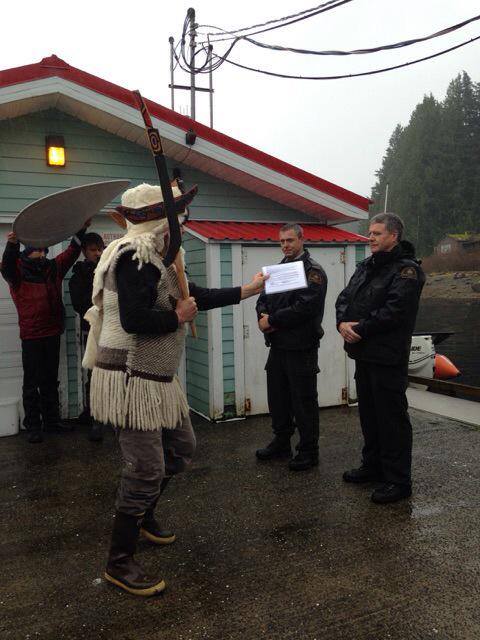 Less than a year after members of the Heiltsuk First Nation occupied federal fisheries offices in Bella Bella, the two parties have reached an agreement over the Pacific herring fishery.

Last March the Department of Fisheries and Oceans opened up the herring roe fishery in the Spiller Channel, which the Heiltsuk Tribal Council said should have remained closed to preserve herring stocks. END_OF_DOCUMENT_TOKEN_TO_BE_REPLACED

Video: How The Heiltsuk Won- #occupyDFO 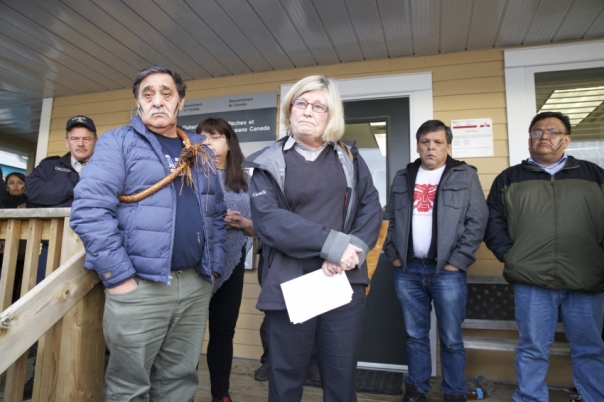 In a stunning reversal, the federal government caved in to Heiltsuk First Nation’s demands to close commercial fishing of herring near Bella Bella in northern B.C.

“It is confirmed. All commercial gill-netters are exiting Heiltsuk waters,” Heiltsuk First Nation councillor Jess Housty wrote on Facebook this afternoon. “They will be escorted by Heiltsuk patrol boats and we will continue to occupy DFO until they have exited our waters.”

END_OF_DOCUMENT_TOKEN_TO_BE_REPLACED

“I just got the text.  Sue Farlinger is a not coming up.  This action is a sign of terrible disrespect,” said Heiltsuk fisherman Frank Brown

An astonished look came down on Heiltsuk people’s faces when it was announced that Sue Farlinger, Regional Director General Pacific Region, was not flying up Monday morning to negotiate a resolution to the heated herring conflict on the central B.C. coast.

END_OF_DOCUMENT_TOKEN_TO_BE_REPLACED

DFO Offices in Vancouver Occupied in Solidarity with Heiltsuk 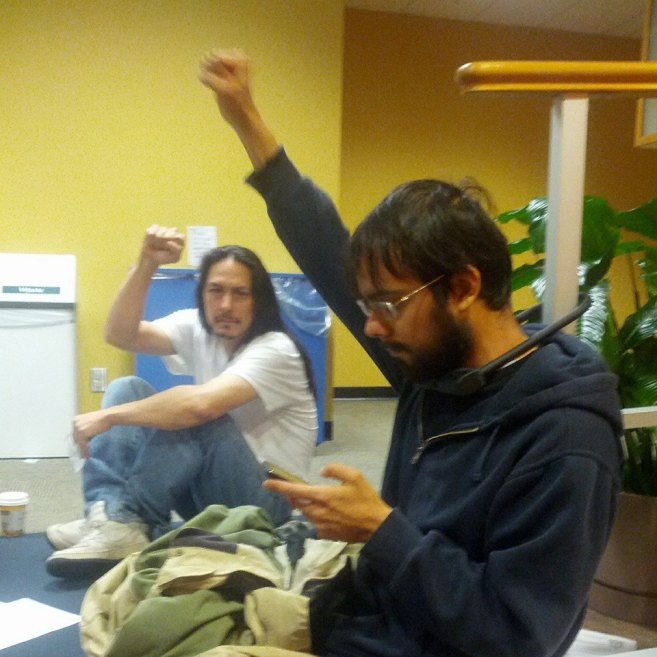 Two of the people participating in the occupation of the Vancouver DFO offices, March 30, 2015.

During a solidarity rally with the Heiltsuk occupation of the Department of Fisheries and Oceans (DFO) office on Denny Island, near Bella Bella, BC, 4 protesters also began an occupation of the DFO offices in Vancouver, BC, on Monday, March 30, 2015.  Outside the building, around 50 people rallied and blocked the streets.  The offices are located near the intersection of Burrard and West Pender streets. END_OF_DOCUMENT_TOKEN_TO_BE_REPLACED

Tensions continue to escalate on the waters of the Great Bear Rainforest over a highly controversial herring fishery, as members of the Heiltsuk Nation are now occupying the local DFO office in opposition to a planned gillnet opening.

A group of Heiltsuk youth, elders and chiefs paddled and boated this afternoon from Bella Bella to the coast guard station on nearby Denny Island  – headquarters of DFO’s central coast operations – to deliver an eviction notice reminding local representatives that Area 7 is a no-go zone for a commercial herring fishery this year. END_OF_DOCUMENT_TOKEN_TO_BE_REPLACED

BELLA BELLA – The Heiltsuk Nation is vowing to protect herring in its territory by any means necessary as it readies boats to defend a contentious fishery on B.C.’s Central Coast.

The First Nation has issued a news release saying it met with federal officials about a commercial herring gillnet fishery in its territory Wednesday afternoon but failed to reach an agreement.

END_OF_DOCUMENT_TOKEN_TO_BE_REPLACED

A fishing boat pulls in a net full of herring on the Central Coast of B.C. (Heiltsuk First Nation)

According to a statement released by the Heiltsuk, just before 5 p.m. PT, the federal department opened the herring sac roe seine fishery in Spiller Channel, despite the First Nation’s demands the commercial fishery remain closed this year to preserve herring stocks. END_OF_DOCUMENT_TOKEN_TO_BE_REPLACED

A fishing boat is capsized and nearly sinks after herring caught in the seine net sounded (swam to the bottom), in Sitka, Alaska, April 2011.

A federal court has ruled that the Minister of Fisheries and Oceans cannot open a fishery in Haida Gwaii this year.

An injunction was given to the Haida Nation, against the federal government, to prevent the re-opening of a commercial herring fishery on the nation’s north coast.

“This win is another step to building herring stocks, and in doing so, contributes to an economy that will provide a reasonable living for our people, and the path of reconciliation with Canada,” said Haida Nation President Peter Lantin in a statement. END_OF_DOCUMENT_TOKEN_TO_BE_REPLACED