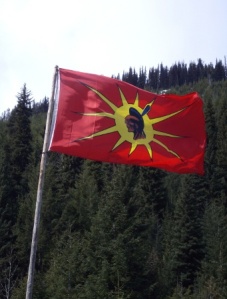 the traditional land of the St’át’imc people

Hubert Jim has occupied an unusual home for the last decade. Originally a resident of the Lil’wat First Nation community of Mount Currie, Jim used to work as a cook in restaurant kitchens in the Whistler area. Over 12 years ago, community opposition to a proposed ski resort prompted him to set up camp at Melvin Creek, or what is referred to by the St’át’imc people as Sutikalh. END_OF_DOCUMENT_TOKEN_TO_BE_REPLACED