Fish Lake, site of the proposed New Prosperity Mine by Taseko.

Taseko Mines has suspended plans for exploration work around its proposed New Prosperity copper-gold mine in the Cariboo Chilcotin in the face of legal disputes, a company official said. END_OF_DOCUMENT_TOKEN_TO_BE_REPLACED 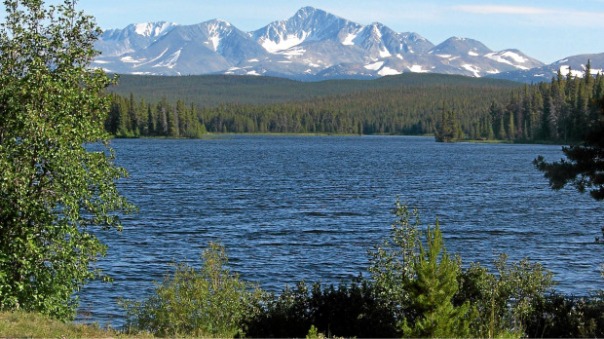 The province, last Friday, issued drilling permits to Taseko Mines Ltd.’s controversial New Prosperity mine proposal while First Nations communities deeply opposed to it were busy dealing with wildfires and just days before a new government was due to take office. END_OF_DOCUMENT_TOKEN_TO_BE_REPLACED

Tsilhqot’in First Nation chief Joe Alphonse says it should be illegal for the provincial government to extend the permit for a controversial mining project near Williams Lake without his band’s permission.
Photograph by: NICK PROCAYLO , PNG

The province granted a five-year extension to a certificate that had been given to an earlier version of the New Prosperity mine near Williams Lake.

The Tulsequah Chief mine, in the province’s northwest, has been determined to have “substantially started,” meaning the certificate will remain in effect for the life of the project.

Tsilhqot’in Nation members live in the area where the New Prosperity gold and copper mine would be built. Chief Joe Alphonse says it should be illegal for the province to grant an extension without his band’s consent.