‘I just flipped out … sooner or later someone [else is] gonna flip out too,’ says Steven Akittirq

“My name is Steven Akittirq and I’ve been incarcerated since June 2014.”

On Monday, Steven Akittirq, 27, pleaded guilty in an Iqaluit courtroom to second-degree murder in the June 9, 2014, death of Glenna Attagutalukutuk, a teenage girl in Igloolik, Nunavut. A four-day sentencing hearing is scheduled to be held in the community starting on Jan. 30. END_OF_DOCUMENT_TOKEN_TO_BE_REPLACED 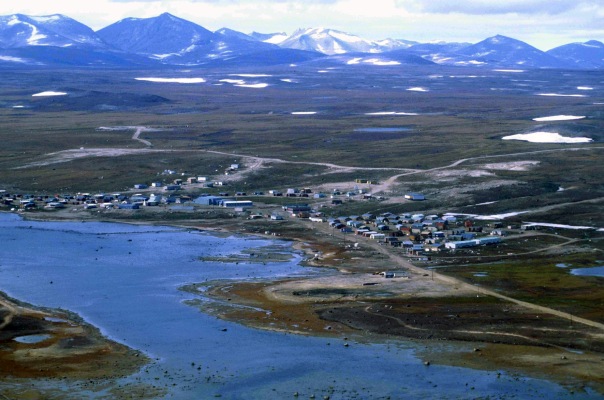 The Supreme Court of Canada has quashed plans for seismic testing in Nunavut, delivering a major victory to Inuit who argued they were inadequately consulted before the National Energy Board gave oil companies the green light to conduct the disruptive activity. END_OF_DOCUMENT_TOKEN_TO_BE_REPLACED

Arviat, Nunavut Young Adults Are Learning To Grow Their Own Produce

Vegetables aren’t hugely popular in the northern community of Arviat.

The hamlet of just over 2,000 people on the shores of Hudson Bay has two grocery stores, and fresh food, which has to be flown in from southern Canada, is pricey.

Many vegetables, like lettuce, also don’t keep for very long, and community educator Shirley Tagalik says this makes them even less appealing.

“If you buy something and it’s wilted and goes bad the next day, [you] don’t want to waste your money,” Tagalik tells The Huffington Post Canada. END_OF_DOCUMENT_TOKEN_TO_BE_REPLACED

‘This is so powerful:’ Kitikmeot women revive traditional Inuit tattoos 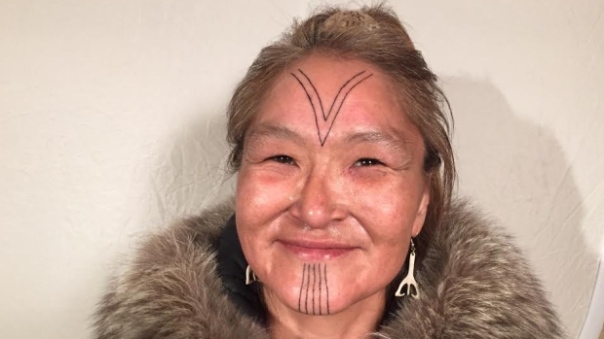 Millie Angulalik broke down in sobs after seeing herself in the mirror.

Her niece had practised her new skill flawlessly, creating an exact replica of a traditional Inuit facial tattoo on her aunt’s face.

Nunavut hunter falls through ice, makes pants out of a fox to stay warm

Jimmy Iqaluq built this igloo on a small island near Sanikiluaq to stay warm after his snowmobile fell through ice and his pants became soaked. (submitted by Jack Iqaluq)

A crafty hunter from Sanikiluaq, Nunavut, made emergency pants out of a fox after he fell through ice over the weekend.

Well-known carver Jimmy Iqaluq, who is in his 70s, was hunting alone for polar bears on the southern part of the Belcher Islands Saturday when his snowmobile went through the ice. END_OF_DOCUMENT_TOKEN_TO_BE_REPLACED 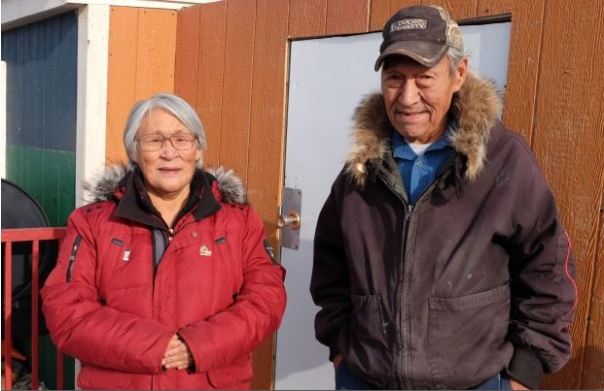 Kangok and his wife Salome represent one of 102 households waiting on a social housing unit in Igloolik. More than 3,000 households in Nunavut are estimated to be homeless and waiting for social housing, according to the Nunavut Housing Corporation. (John Van Dusen/CBC)

‘The waiting period is such a long time to finally get housing. I’m getting tired’

Without a roof over his head, 70-year-old Theo Kangok built his own.

Two years ago the senior gathered materials from the dump and parts from old shipping containers and built a cabin along the rocky shores of Igloolik, Nunavut.

It’s where he and his wife live in the warmer months and he says, they’re not the only ones.

The island of Igloolik is home to around 1,800 people, not enough homes and plenty of frustration. END_OF_DOCUMENT_TOKEN_TO_BE_REPLACED

Clyde River, Nunavut, has lost its bid to block seismic testing off its shores.

The Federal Court of Appeal has denied the Baffin Island hamlet’s request for a judicial review of a testing permit issued by the National Energy Board.

In her written decision, Justice Eleanor Dawson says the board fulfilled requirements to consult with local Inuit and that consultation doesn’t necessarily mean agreement.

She noted that efforts to ensure the tests don’t unduly harm wildlife will be ongoing. END_OF_DOCUMENT_TOKEN_TO_BE_REPLACED

A court case pitting the testimony of three Nunavut RCMP police officers against the charter rights of a 25-year-old Iqaluit resident over missing evidence, the use of pepper spray and a restraint chair will resume in September.

Michael Naglingniq is facing charges of uttering death threats to two police officers and breach of probation after he was arrested June 17, 2013 after a night of drinking.

His defence lawyer, Tamara Fairchild, is arguing the charges should be stayed as a result of abuses to Naglingniq’s charter rights following his arrest.

END_OF_DOCUMENT_TOKEN_TO_BE_REPLACED

Consortium of energy companies made announcement to community this week

“I’m very happy about it,” said Jerry Natanine, mayor of the hamlet on Baffin Island’s east coast that strongly opposed the seismic plans.

“I’m reassured by the fact the company is willing to do what it did and go with our request.” END_OF_DOCUMENT_TOKEN_TO_BE_REPLACED

Nunavut RCMP are looking for more Inuit police officers, and have launched an ambitious program aimed at growing the number of Inuit in law enforcement.

Taught in Iqaluit, the Inuit Cadet Development Program is aimed at Nunavut high school graduates. The 8-month course would be taught like a boot camp, shaping students physically and mentally, while taking courses related to policing. END_OF_DOCUMENT_TOKEN_TO_BE_REPLACED