The Little Shuswap Indian Band in B.C.’s Shuswap region is carving canoes for the first time in over 60 years.

The band partnered with the Okanagan Indian Band to relearn canoe-making skills and every day band members have been working on the shores of Little Shuswap Lake at Quaaout Lodge carving out two large canoes. END_OF_DOCUMENT_TOKEN_TO_BE_REPLACED 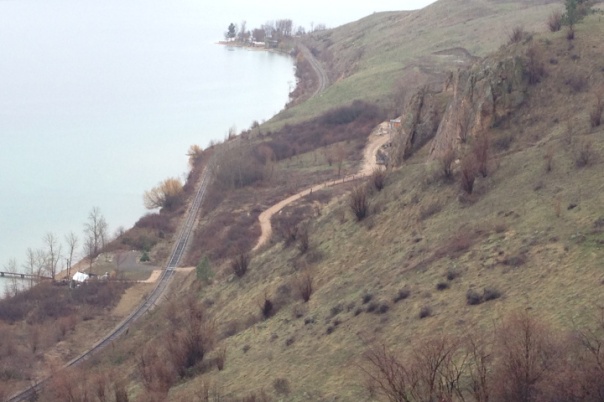 By Lauren Pullen, Global News, March 25, 2015
Okanagan Indian Band (OKIB) members are taking legal action for land they says is rightfully theirs. The OKIB has filed a notice of claim for a portion of the CN rail line that it says runs through the Commonage Indian Reserve IR No.9, a stretch land part of the proposed rail-trail corridor that’s set to connect Coldstream to Kelowna.