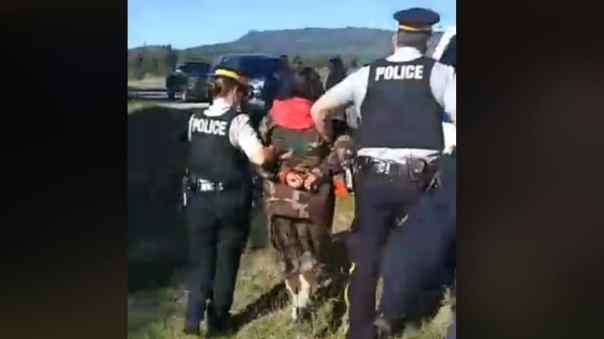 A still from a video on a Facebook page belonging to Kanahus Manuel shows her being handcuffed and taken away by RCMP officers. (Kanahus Manuel/Facebook)

A woman is in custody after a Trans Mountain pipeline protest in British Columbia’s North Thompson Provincial Park Saturday morning.

Kanahus Manuel, a spokesperson for the activist group Tiny House Warriors, was arrested by the RCMP after defying an evacuation order from the B.C. Parks service delivered on Thursday.

Facebook video shot by the activists show Manuel being handcuffed and taken away by officers.