Clyde River, Nunavut, has lost its bid to block seismic testing off its shores.

The Federal Court of Appeal has denied the Baffin Island hamlet’s request for a judicial review of a testing permit issued by the National Energy Board.

In her written decision, Justice Eleanor Dawson says the board fulfilled requirements to consult with local Inuit and that consultation doesn’t necessarily mean agreement.

She noted that efforts to ensure the tests don’t unduly harm wildlife will be ongoing. END_OF_DOCUMENT_TOKEN_TO_BE_REPLACED

Consortium of energy companies made announcement to community this week

“I’m very happy about it,” said Jerry Natanine, mayor of the hamlet on Baffin Island’s east coast that strongly opposed the seismic plans.

“I’m reassured by the fact the company is willing to do what it did and go with our request.” END_OF_DOCUMENT_TOKEN_TO_BE_REPLACED 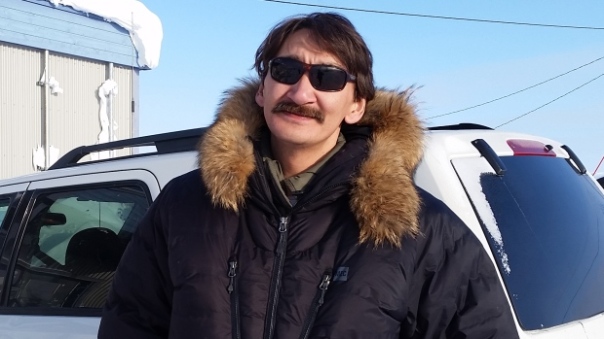 Clyde River can without exaggeration be called one of the most remote and inaccessible human settlements on earth.

The only way into this Nunavut hamlet is by air, and the surrounding landscape is mostly empty of humans for hundreds of kilometres in all directions.

But despite its size, remote location and relative anonymity, Clyde River is now getting more attention than it’s ever had before. All because it has decided to single-handedly take on the oil industry. END_OF_DOCUMENT_TOKEN_TO_BE_REPLACED 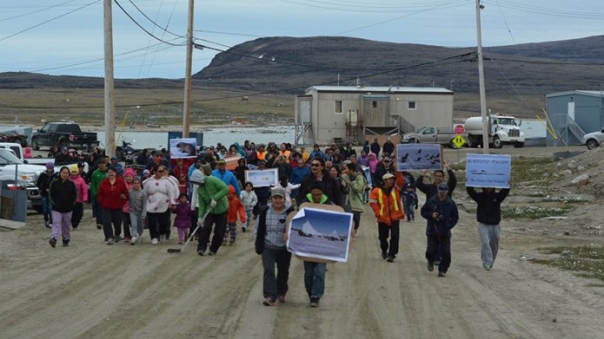 By Kent Driscoll, APTN National News, July 23, 2014
Clyde River/Kanngiqtugaapik, Nunavut–More than 300 people in the small Baffin Island community of Clyde River, Nunavut, took to the streets Wednesday in protest of proposed seismic testing off the eastern shore of Baffin Island.

Seismic testing is where loud sonic guns are fired into the water and the echo helps to determine what resources are available under the seabed, typically oil.

The National Energy Board announced that the proposed testing has been delayed until 2015, but that didn’t limit the enthusiasm or turnout.

There are only 1,000 people who live in Clyde River and nearly one third of them turned up Wednesday afternoon for a march around the community’s Ring Road. END_OF_DOCUMENT_TOKEN_TO_BE_REPLACED