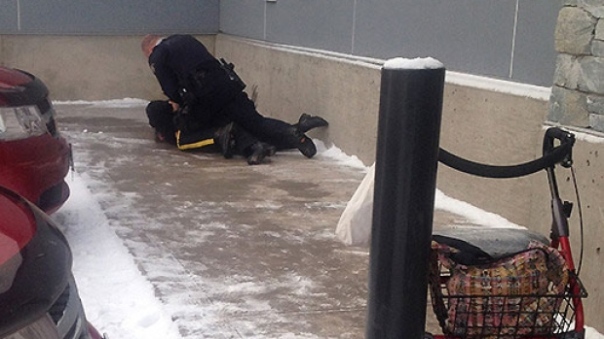 A 61-year-old Smithers Wet’suwet’en elder is filing a formal complaint claiming police used excessive force when an officer shoved her to the ground for refusing to answer questions about an alleged theft.

Jospeh said she visited a store last weekend where she talked to someone inside. Outside she said she was met by an RCMP officer who said he was investigating an alleged theft. END_OF_DOCUMENT_TOKEN_TO_BE_REPLACED