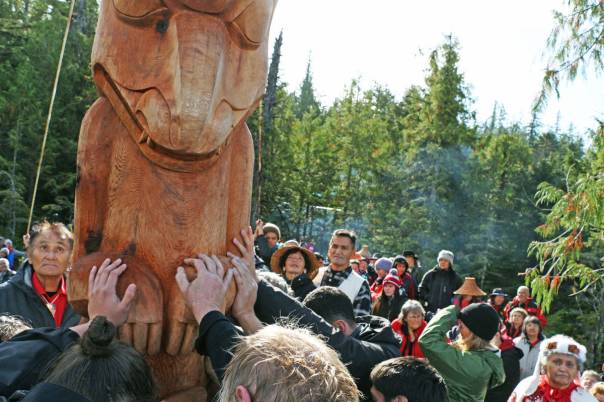 In a stand of defiance against federal authorities, members of the Gitwilgyoots Tribe and supporters raised a totem pole on Lelu Island on Oct. 20 to signify their claim to the land.

The occupation of Lelu Island began in 2015 on the site where Petronas proposed to build a liquefied natural gas (LNG) terminal and it has continued even after the company abandoned its Pacific NorthWest LNG project in July. People who either took part or supported the resistance movement came to witness the totem pole being raised on a mound overlooking where the sea meets the Skeena River. END_OF_DOCUMENT_TOKEN_TO_BE_REPLACED