First Nations rights and title claims: Is it legitimate to call it class struggle? 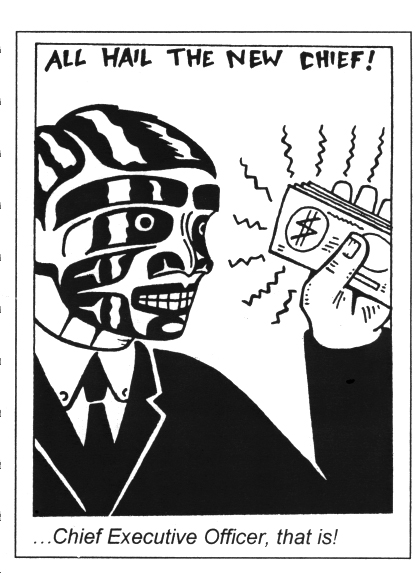 A healthy majority of First Nations in British Columbia have joined the opposition to federal government approval of the Northern Gateway tar sands pipeline, arguing that it fails to respect the human rights of Indigenous peoples and violates Canada’s legal obligations under both federal and international law. In particular, the “right to exclusive use and occupation of land” and the “right to choose to what uses land can be put” — is specifically excluded from Joint Review Panel’s mandate. The federal government has failed its “duty to consult and accommodate” Indigenous peoples’ right to “free, prior and informed consent.”

An added dimension to the Northern Gateway pipeline fight was a recent landmark Supreme Court of Canada ruling on aboriginal title to ancestral lands. As part of the ruling, the Supreme Court said the government of B.C. had “breached its duty to consult” when it allowed for timber harvesting licenses to forestry companies in Tsilquot’in territory in the geographic center of the province. There was no consultation and no permission granted by the Tsilquot’in for logging done on their territory, and so a lengthy court battle that began in 1983 led to a recent court decision in their favour.

Many First Nations believe the Tsilhqot’in ruling will strengthen their land claims and maritime title to the coastal waters through which bitumen-laden super tankers would navigate. The official line from the president and chief executive of Enbridge is that the ruling will have no influence on the future of the Northern Gateway pipeline. But there is some suggestion that fossil fuel companies are worried that this high-court decision broadens First Nations’ rights and title and threatens billions of dollars worth of new projects.

Across the Americas, Indigenous communities have become the centre of the struggle for the environment. In the British Columbia fossil fuel battle, First Nations constitute the most vocal and militant opposition to the Canadian state and arguably, Canadian capitalism. This is reasonable as First Nations are on the front lines of the rush for fossil fuel exploitation that is causing ecological crisis and is threatening global ecocide. Neoliberal, globalized capitalism is not yet forcefully opposed by trade unions or even environmental organizations. It is communities tied to land who are in the forefront, though using jurisprudence rather than more classical tools of class struggle to achieve their goals.

Is it legitimate to call First Nations lands and title battles “class struggle”? On what basis can we call their legal battles “anti-capitalist”? Is it legitimate to impose certain “European” categories in our analysis like class, capitalism, and exploitation and the like upon First Nations struggles? In doing so, are we denying these peoples their unique history, the possibility of unique futures, and their potential for creative agency? If this is class struggle, are there lessons that the broad “Left” can learn from this leadership coming from the First Nations?

Vivek Chibber’s Capitalism, class and universalism: Escaping the cul-de-sac of postcolonial theory is useful in analyzing the meaning of recent events in British Columbia involving unprecedented strides in First Nations rights and title. Chibber argues that there appears to be hints of a re-emergence of global resistance to capitalism today, “at least in its neoliberal guise.” He does not pursue this argument by providing empirical evidence, but through reaffirming the cogency of two basic theoretical tenets of Marxist theory. Capitalism is a totalizing system that is driven by competition and class struggle to globally subordinate diverse instances of social relations to its own logic. Secondly, as it imposes its logic and exercises its economic and political domination, it elicits often unique response from diverse categories of dominated groups.

Chibber argues that “capital and class is back on the agenda” along with the “re-emergence of movements” after a period of the left’s “retreat of the past three decades.” This is practically expressed in the “hollowing out and complicity in the management of austerity” by trade unions and political parties. But the retreat is also one of theory. The Left has come full circle, having temporarily deserted “class struggle essentialism” in favour of plurality and difference, it has arrived back to the conclusion that the self-propelling circulation of capital defines our reality as much now as it ever has done.

This temporary retreat of the radical Left intelligensia is illustrated, argues Chibber, in debates surrounding post-structural and “post-colonial theory” which wants to deny “certain categories like class, capitalism, exploitation and the like have cross-cultural validity.” Post-structuralists argue the universalizing tendency to impose Marxist categories is bad in theory and practice because it fails to value the autonomy and complexity of the local and imposes abstractions in a colonizing way that disregards unique forms of resistance and undermines local forms of agency.

Michael Löwy explains that resistance by Indigenous people is very concrete and immediate. Whether saving forests or water resources, it is a battle for survival of a way of life that has succeeded by varying degrees, and with notable exceptions, over a large expanse of history. There is very much an identifiably unique First Nations cultural resistance to capitalist development. Löwy makes the comparison in the European context to the themes of Max Weber. “There is a sort of “negative affinity” between indigenous ethics and the spirit of capitalism — the converse of the elective affinity between the Protestant ethic and capitalism: a profound socio-cultural opposition.”

Chibber’s and Löwy’s analysis fall short in important respects. While Chibber remarks that societal sectors have an “antagonistic interdependence” with capital and resource exploitation, he fails in underestimating the capacity of capital to penetrate First Nations territory and undermine opposition. In practice, First Nations’ relationship to capital, like various other sectors within society, is contradictory. Class struggle at the point of production for labourers and at the point of extraction for First Nations is about the tension between collaboration and resistance. First Nations are often persuaded to enter into fossil fuel exploitation in order to reproduce their communities, just as organized labour ally themselves with government and industry for resource jobs, and struggle for concessions from employers around the terms of their and nature’s exploitation.

Another dimension that Chibber does not fully theorize is the ecological one, a critical wedge issue that influences what direction First Nation resistance takes-up. One direction is further integration in the capitalist world market through the establishment of rights and title within the liberal market system. This is very different from the defense of traditional relationships to land, and a longer term “eco” socialist vision which would “leave coal, gas and oil in the soil.” Environmental critiques of organized labour’s collusion with fossil fuel development are often heard exhorting, “there are no jobs on a dead planet”. One could equally say, “rights and title are meaningless on a dead planet.” A good reminder for a healthy suspicion of green capitalism or the romanticizing of First Nations as class heroes. Also a rationale to build class solidarity amongst First Nations, working class environmentalists and radicalized labour.

What is important to understand, say Chibber is that movements against neoliberal capitalism converge around the same sets of concerns: “economic security, rights, protecting services, respite from unrelenting demands of the market.” Global neoliberal capitalism imposes a common logic of reproduction across local forms of social relations and begets local forms of class struggle. “As capitalism spreads, it subordinates all parts of the world to a common set of compulsions; and that wherever it spreads, those whom it subjugates and exploits will have a common interest in struggling against it, regardless of culture or creed.” In the case of First Nations, Natalie Knight argues “class analysis that is grounded in this place and on these lands must foreground the politics of land dispossession and appropriation.”

Knight describes the relationship between anti-capitalism and a class-analysis view of decolonization. Both class solidarity and the “political impulse of decolonization” begin with the understanding of a common and shared enemy. Decolonization for political activists should not be about rejecting the imposed conceptual categories of a European Marxism. It is “about breaking the entire system that creates and maintains identity categories that act to severely limit class solidarity.” “This is the power of decolonization,” argues Knight, “and in the settler colonial state of Canada, it might be the only way to revitalize class politics that reflect our real lived lives and are relevant to a much larger international class war.” Identity politics separates “white settler” activists from First Nations activists.

The revitalization of class politics on the other hand, creates new lines of solidarity to struggle against the creative destruction of capitalism, including the local battles against Gateway.