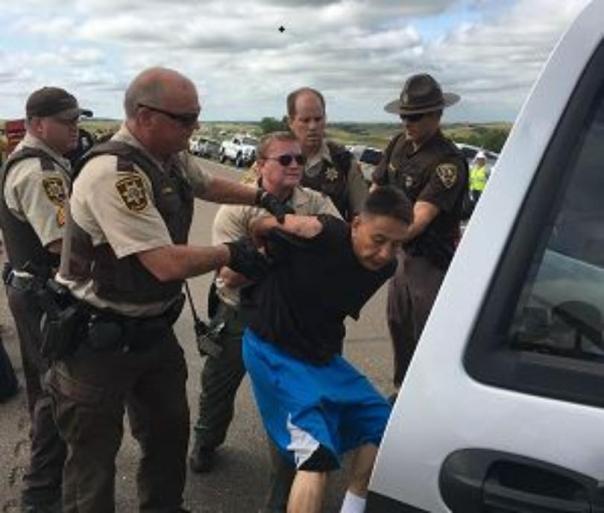 Five people were arrested during protests against the Dakota Access Pipeline south of Mandan this morning.

Morton County Sheriff Kyle Kirchmeier said the protesters were not staying within bounds set by law enforcement and getting in the way of surveyors working on the pipeline.

Kirchmeier said two of the five were arrested for trespassing on private property.

“We are working with local law enforcement on this situation to ensure the safety of our employees and the safety of those who live and work in the area.  To that end, we will press charges against anyone who interferes in the construction of the pipeline. Construction on the Dakota Access Pipeline will continue across all four states along the route,” the developers of the pipeline said in an emailed statement.

Things have calmed since this morning, Kirchmeier said. There are about 40 people protesting along Highway 1806.

Members of the Standing Rock Sioux Tribe have protested a 1,168-mile crude oil pipeline being constructed by Dallas-based Energy Transfer Partners over the past several months, raising concerns that a pipeline leak would contaminate the Missouri River.