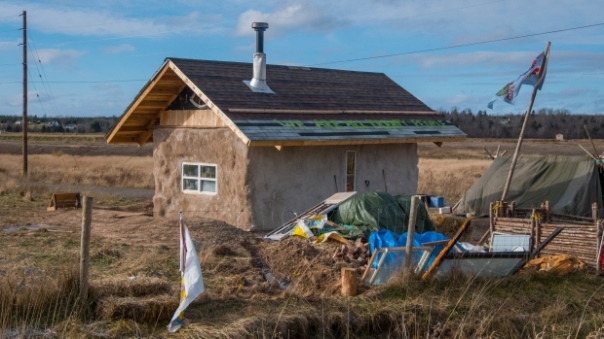 With second-floor sleeping bunks, shelves stocked with food and a crackling fire in the woodstove, Dale Andrew Poulette’s newly constructed straw bale home is the perfect place to spend the winter. END_OF_DOCUMENT_TOKEN_TO_BE_REPLACED 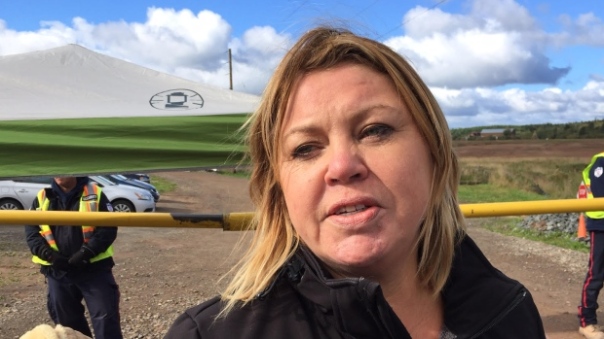 Band member Cheryl Maloney says the sit-in won’t end until the work stops and a court appeal of the environmental permits is completed. (Robert Short/CBC)

‘We’ve started to allow big business to dictate how our environment is going to be,’ resident says

Indigenous people and other residents near Stewiacke, N.S., aren’t backing down in their opposition to a Calgary company’s plans for a natural gas storage site in the area.

About a dozen people including Sipekne’katik band members began a sit-in Monday in the area where AltaGas plans to store natural gas in three underground salt caverns near the Shubenacadie River. END_OF_DOCUMENT_TOKEN_TO_BE_REPLACED 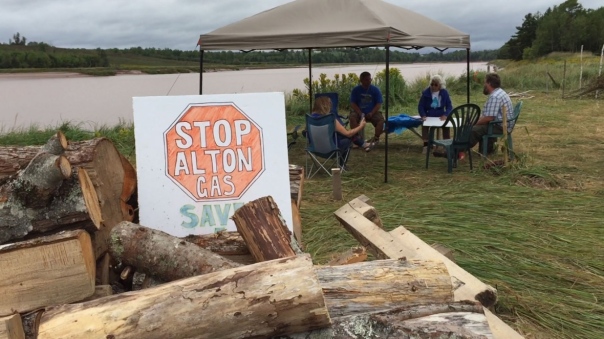 Mi’kmaq protesters are blocking access to a construction site near proposed natural gas storage caverns in Nova Scotia, saying the project threatens a tidal river that passes through their traditional lands.

END_OF_DOCUMENT_TOKEN_TO_BE_REPLACED

STEWIACKE, N.S. — The RCMP says it is staying “neutral” as AltaGas Ltd. and Mi’kmaq protesters are at odds over aboriginal presence on a tiny island near the energy company’s proposed underground natural gas storage caverns.

Opponents of the Alton storage project briefly went out Sunday to the small island that formed where the tidal Shubenacadie River meets a channel in which briny water is to be discharged. END_OF_DOCUMENT_TOKEN_TO_BE_REPLACED