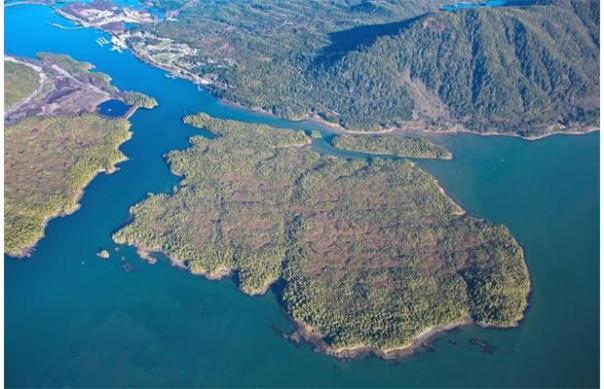 The proposed location of the Pacific NorthWest LNG plant is right on the doorstep of an exceptionally abundant feeding ground for juvenile salmon.

The Flora Bank “is like Grand Central Station for salmon,” said Allen Gottesfeld, head scientist for the Skeena Fisheries Commission.

The Lelu Island liquefied natural gas plant site near Prince Rupert is in the heart of the Skeena Estuary, at the mouth of the second most productive salmon-producing river in Canada. A study published earlier this year by Gottesfeld in the journal PLOS One noted that sockeye salmon juveniles were two to eight times more abundant in the part of the estuary slated for development.

The provincial government earlier this month passed legislation that lays out a taxation framework for the $36-billion dollar deal with Malaysia’s state-owned energy firm Petronas, which intends to build a plant on Lelu Island, a pipeline to northwest B.C. and develop gas fields.

The Canadian Environmental Assessment Agency is examining the impacts of the plant on Flora Bank and is expected to render a decision this fall.

While eight First Nations have signed agreements on the plant and the pipeline, the project has been the target of legal action by the Gitga’at First Nation, unhappy they were excluded from consultation process. Earlier this year, the Lax Kw’alaams First Nation rejected a $1.15-billion benefits package from the company and province in three community votes. In a written statement, the Lax Kw’alaams said it was open to LNG development, but not close to Flora Bank.

But that may just be the beginning.

A letter published tday in the academic journal Science — supported by the most recent research on salmon abundance in the estuary — suggests a “troubling blind spot” in Canada’s environmental decision-making. Industrialization reduces salmon survival, which would affect constitutionally protected aboriginal fishing rights far inland including First Nations not consulted by governments and proponents of the project.

More than 40 salmon populations harvested by at least 10 First Nations rely on the Skeena’s estuary habitat, an area that would be altered by the Petronas terminal, said Jonathan Moore, a professor at Simon Fraser University and lead author of the letter, written with Gottesfeld and other scientists and First Nations leaders.

At least five First Nations not consulted in the planning process for Pacific NorthWest LNG could be affected by reduced salmon abundance, he said.

“This plant will affect fisheries and people as far as salmon can swim, hundreds and hundreds of kilometres upstream,” said Moore. “Those risks are not being considered right now.”

Lake Babine — 350 kilometres up the Skeena River — is a spawning area for millions of sockeye in peak return years.

“The new data from the estuary is evidence that the proposed LNG terminal could pose risks to our fish and fisheries,” said Donna Macintyre, a co-author of the letter and fisheries director for Lake Babine Nation, one of the potentially affected nations not consulted in the plant planning process.

“The science suggests that (Lelu Island) is the worst place the plant could be out of the locations we’ve examined,” said Moore. “And in the case of the First Nations, if you can be affected by the consequences of the development you should be involved in the decision-making.”