C8 carbine made by Colt Canada.

Change in regulations will apply to municipal, First Nations forces

The Saskatchewan government has cleared regular officers in municipal police departments to use carbine rifles.

However, front-line officers will have have to go through a training course before they can use the high-powered, semi-automatic rifles.

END_OF_DOCUMENT_TOKEN_TO_BE_REPLACED

Documents from the RCMP’s Suspicious Incidents Report (SIR) database show police closely monitored the movements of a member of the Indigenous Environmental Network (IEN) during the summer of 2010 in northern British Columbia. According to the documents, the RCMP considers IEN an “extremist” group and a trip by an IEN member to a direct action camp in July of that year created a flurry of database activity involving RCMP officers with the force’s national security operations in B.C. and Ottawa.  [* The IEN is an Indigenous non-governmental organization (NGO) more similar to Greenpeace than an actual resistance group]. END_OF_DOCUMENT_TOKEN_TO_BE_REPLACED

The independent Commission for Public Complaints Against the RCMP is investigating complaints about police conduct during the shale gas protests in Kent County.

Commission staff members are in New Brunswick as a part of the watchdog agency’s investigation, which was prompted following the violent clashes between the RCMP and anti-shale gas protesters in eastern New Brunswick last year. END_OF_DOCUMENT_TOKEN_TO_BE_REPLACED

“We will compile this information and make this information available to our partners unless of course, this information is not to be shared and not available on open sources. In the case of the latter, this information will only be used by the GOC for our Situational Awareness.”
The Government Operations Centre or GOC is supposed to provide strategic-level coordination on behalf of the federal government “in response to an emerging or occurring event affecting the national interest.” END_OF_DOCUMENT_TOKEN_TO_BE_REPLACED

Pentagon Bracing For Public Dissent Over Climate And Energy Shocks 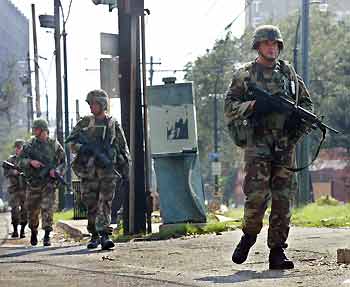 US National Guard soldiers patrol the streets of New Orleans in the aftermath of Hurricane Katrina, 2005.

Top secret US National Security Agency (NSA) documents disclosed by the Guardian have shocked the world with revelations of a comprehensive US-based surveillance system with direct access to Facebook, Apple, Google, Microsoft and other tech giants. New Zealand court records suggest that data harvested by the NSA’s Prism system has been fed into the Five Eyes intelligence alliance whose members also include the UK, Canada, Australia and New Zealand.

But why have Western security agencies developed such an unprecedented capacity to spy on their own domestic populations? Since the 2008 economic crash, security agencies have increasingly spied on political activists, especially environmental groups, on behalf of corporate interests. This activity is linked to the last decade of US defence planning, which has been increasingly concerned by the risk of civil unrest at home triggered by catastrophic events linked to climate change, energy shocks or economic crisis – or all three. END_OF_DOCUMENT_TOKEN_TO_BE_REPLACED 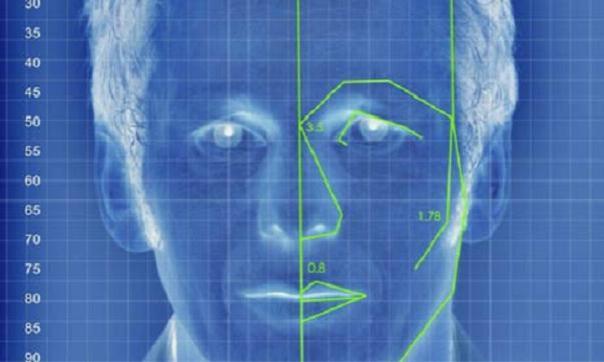 There are millions of entries for non-criminal reasons as well as many from unexplained sources.

The Federal Bureau of Investigation (FBI) has been developing a gigantic database containing biometric information on a significant portion of the United States.  The human identifiers contained in this database — photos, fingerprints, facial signatures, iris scans, palm prints, birthmarks, voice recognition, DNA — are not only taken from people who have been arrested, they are also being collected from millions of Americans who have not been charged with any crime. END_OF_DOCUMENT_TOKEN_TO_BE_REPLACED 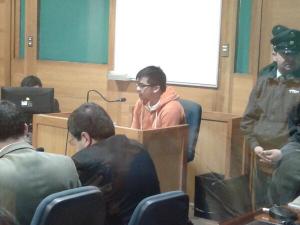 Mapuche men acquitted of arson to seek official redress, after being detained for two years as minors under anti-terrorism law.

Defense lawyers for two indigenous men say they are canvassing options for potential legal action against the Chilean state, after their clients were cleared of terrorism allegations as the testimony of a self-declared police informer was ruled unreliable last week. END_OF_DOCUMENT_TOKEN_TO_BE_REPLACED 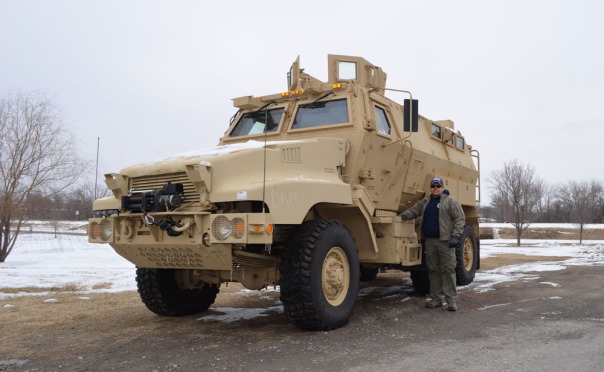 Lt. Mike Roach stands by a military-donated Mine Resistant Ambush Protected vehicle, or MRAP, which now sits in front of the Cherokee Nation Marshal Service lot.

A number of environmental and First Nations groups have said they want to know whether or not the RCMP has placed informants or undercover agents inside Idle No More and other anti-pipeline movements. END_OF_DOCUMENT_TOKEN_TO_BE_REPLACED