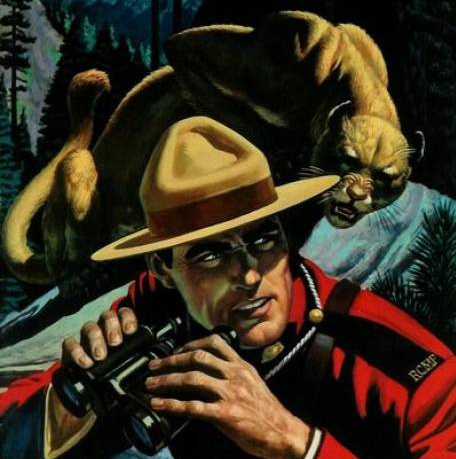 In January 2017, Public Safety Canada (PS) disclosed that the Government Operations Centre (GOC) gathers information on Indigenous rallies for the purpose of “maintaining awareness” of events that may impact the safety and security of Canadians and events effecting the national interest. According to PS, the information gathered consisted generally of the date, location and purpose of the protests and rallies, including in relation to missing and murdered Indigenous women. Natural Resources Canada also reported that they monitor publicly available information such as Twitter, Facebook and media reports regarding protest activities that may impact the department, its employees or facilities. END_OF_DOCUMENT_TOKEN_TO_BE_REPLACED

Spies in our midst: RCMP and CSIS snoop on green activists

This is the first installment in a two-part investigative series on governments, spies, and the oil and gas industry to be published by the National Observer

By Bruce Livesey, National Observer, May 5 2017

“Mr. Tremblay, do you remember me?”

Ron Tremblay was just walking out of the Lord Beaverbrook hotel when a young woman in a dark-blue pantsuit approached him. The Lord Beaverbrook is a beige, unremarkable edifice that sits in downtown Fredericton, kitty-corner to the New Brunswick legislature. On this summer morning last August, a panel of Canada’s federal energy regulator, the National Energy Board (NEB), was holding hearings at the hotel about the proposed Energy East pipeline – which is designed to carry oil from the tar sands of Alberta to New Brunswick’s port city of Saint John.

END_OF_DOCUMENT_TOKEN_TO_BE_REPLACED 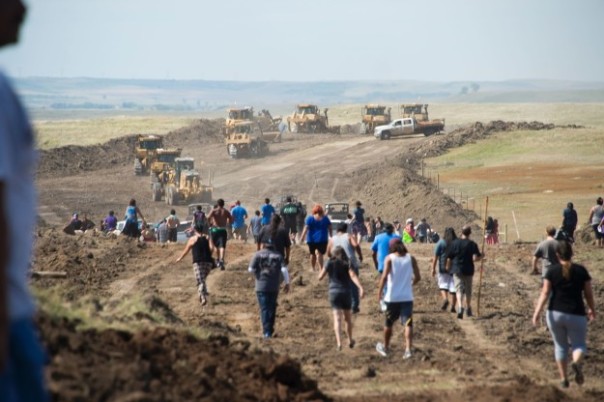 CSIS believes the protests have implications north of the border

Two secret reports on Standing Rock obtained by VICE News show the Canadian spy agency has been monitoring the protest camps and acts of pipeline sabotage in the U.S. and believes they have Canadian implications. END_OF_DOCUMENT_TOKEN_TO_BE_REPLACED

For your viewing pleasure, the full PDF document of Project Sitka, which identified 89 Indigenous people regarded as “threats.”  To view the PDF click: project-sitka-report 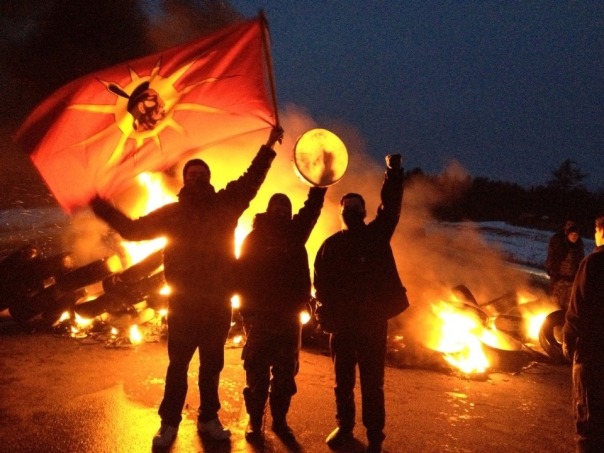 by Jorge Barrera, APTN National News, November 7, 2016
Rattled by Idle No More and Mi’kmaq-led anti-shale gas demonstrations, the RCMP compiled a list of 89 individuals considered “threats” as part of an operation aimed at improving the federal police force’s intelligence capacity when facing Indigenous rights demonstrations, according to an internal intelligence report. END_OF_DOCUMENT_TOKEN_TO_BE_REPLACED

Michel Coulombe confident in screening process for refugees, but security risks not reduced to zero

The head of Canada’s spy agency told a Senate committee today that his agency has used its extraordinary powers to disrupt extremist plots close to two dozen times since the fall of 2015.

Michel Coulombe, director of the Canadian Security Intelligence Service, made the admission to the national security and defence committee, revealing for the first time how frequently this power was used. END_OF_DOCUMENT_TOKEN_TO_BE_REPLACED 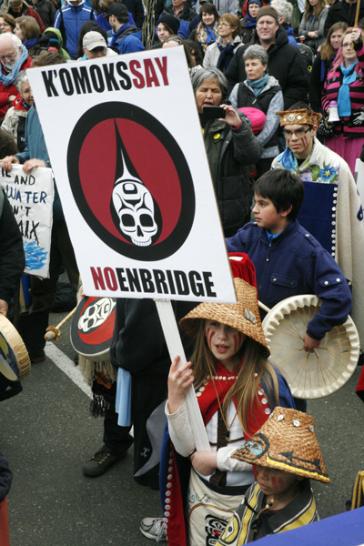 Protest in Comox, BC, against Enbridge pipeline, 2012.

A federal committee is holding a hearing today into a complaint that the Canadian Security Intelligence Service illegally spied on peaceful anti-pipeline protesters in B.C., but the public may never know what went on behind closed doors.

The security intelligence review committee hearing will not be open to the public.

The complaint was filed by the B.C. Civil Liberties Association (BCCLA) last year after media reports suggested that CSIS and other government agencies consider opposition to the petroleum industry a threat to national security. END_OF_DOCUMENT_TOKEN_TO_BE_REPLACED 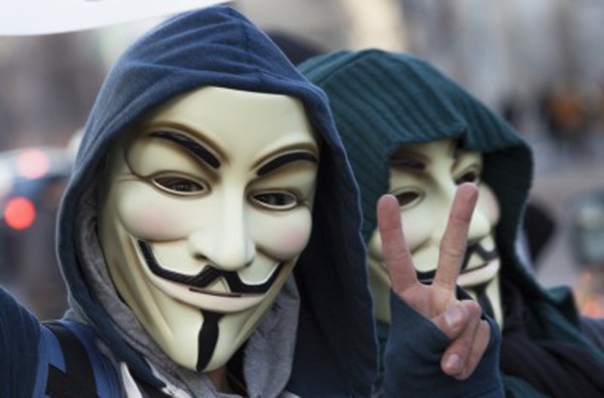 Cybercrime investigators with the Communications Security Establishment (CSE) are looking into how the online international activist group Anonymous obtained the classified document and then leaked it to the media. END_OF_DOCUMENT_TOKEN_TO_BE_REPLACED 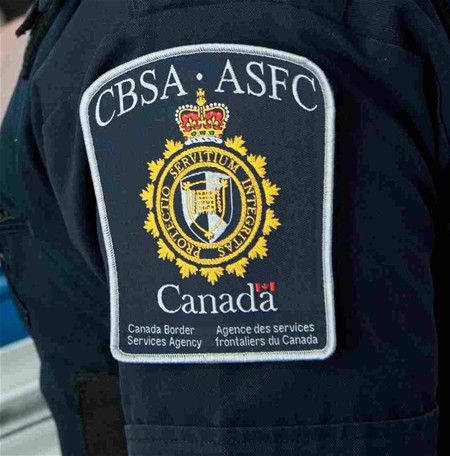 A memorandum of understanding between the two agencies allowed info sharing, joint operations without political oversight.
By Alex Boutilier, The Star (Toronto), July 2, 2015

OTTAWA—A secret deal between Canada’s spies and border guards proposed more information sharing and joint operations without the need for political sign-off, the Star has learned.

A 2014 deal between the Canadian Security Intelligence Service and the Canada Border Services Agency proposed the two agencies be allowed to share information and resources without the prior approval of their political masters.

“The Framework (Memorandum of Understanding) will also authorize (CSIS) to enter into more specific arrangements with CBSA, as required, without the necessity to seek your approval each time,” wrote CSIS director Michel Coulombe in a memo explaining the deal to Public Safety Minister Steven Blaney.

END_OF_DOCUMENT_TOKEN_TO_BE_REPLACED

C-51, controversial anti-terrorism bill, is now law. So, what changes? 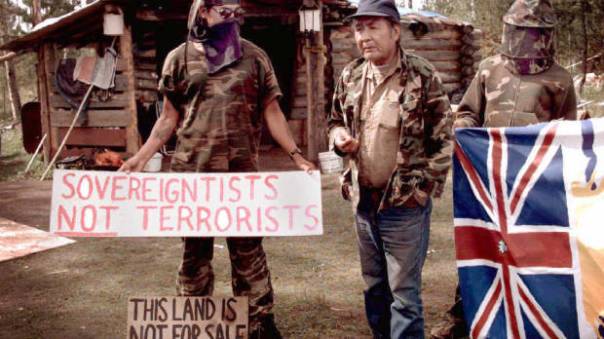 Ts’Peten siege, 1995; near the town of 100 Mile House, BC, over 450 heavily armed RCMP equipped with armoured personnel carriers from the Canadian military laid siege to a Secwepemc sundance camp. In the year long trial that resulted, it was revealed that police had fabricated shooting incidents, released misinformation about who was in the camp, and had attempted to shoot and kill unarmed people in agreed upon no shooting zones.

The bill has faced intense scrutiny for the expanded powers it gives the police and the Canadian Security Intelligence Service.

Opponents argue the bill’s wording is too vague, which could lead to dangerous and unlawful measures. END_OF_DOCUMENT_TOKEN_TO_BE_REPLACED