Statement of Solidarity with the Mi’kmaq Warriors

Since the spring of 2013, the Mi’kmaq, along with Native and non-Native allies, have been resisting exploratory testing by SWN Resources Canada in New Brunswick. SWN, a Houston, Texas-based company, is searching for deposits of natural gas in shale rock formations. If they are successful and find significant deposits, they will then attempt to extract this gas using the process of fracking.

Fracking is a highly destructive method of extracting natural gas (as well as oil) from shale rock formations. It involves drilling down into the shale rock and injecting vast amounts of water mixed with hundreds of toxic chemicals. This fractures the shale rock and releases the gas, which is then brought to the surface for processing.

Fracking contaminates water with toxic chemicals, and also leads to the depletion of water tables. The process itself is linked to an increase in earthquakes in areas where it is practised. The processing of shale gas causes respiratory problems, skin rashes, nausea, and other negative health effects. For all these reasons, fracking is today the focus of resistance in countries around the world by communities determined to protect their land and water.

Throughout the summer, the Mi’kmaq protested SWN’s activities, and the RCMP arrested approximately 20 people. Then, in the early fall, the Mi’kmaq established a blockade of a parking compound used by SWN, near Rexton, New Brunswick.

On October 17, 2013, over 100 RCMP raided the blockade camp, including a tactical troop (riot control cops) and Emergency Response Teams (ERT, armed tactical units). They used pepper spray and less-lethal weaponry to clear the blockade, arresting 40 people in the process. In response to the raid, Mi’kmaq through Molotov cocktails at police, and later set fire to six RCMP vehicles (completely destroying them).  Four warriors remain in jail to this day (Dec 2, 2013).

The anti-fracking struggle currently being waged by the Mi’kmaq is occurring at an historically important time in Canada. It follows on the mass mobilization of Indigenous peoples across the country who took part in Idle No More rallies and “flashmobs,” etc. It is also occurring as thousands of Natives in ‘BC’ have expressed their opposition to oil and gas pipelines and tankers. And all this is occurring as Canada seeks to position itself as a new “petro-state” based on the extraction of gas and oil, especially from the Tar Sands in northern Alberta. In this context, the struggle of the Mi’kmaq is of critical importance. 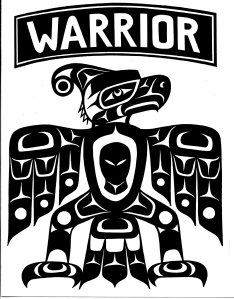 Through their determined resistance, the Mi’kmaq have revealed the true nature of the colonial regime as one ultimately based on force. Only by maintaining a vast system of control can the state impose its will, in the interests of the corporate elite. But the Mi’kmaq have shown that the state is not all-powerful, nor are its police forces, and that they can be resisted. The six RCMP vehicles torched after the October 17 raid stand as stark proof of this, as have the near daily confrontations on the highways and roads of New Brunswick.

Everyday that SWN Resources Canada isn’t out doing exploratory testing, they claim, costs them some $54,000. Add to this the cost of SWN vehicles damaged or machinery set on fire, along with the sabotage of over 1,000 geo-phone tracking devices and miles of cables, and one can see how much damage the Mi’kmaq and their allies have inflicted despite substantial deployments of police and security (further draining the enemy’s treasury of tens of thousands of dollars).

For those Natives in BC who believe that more rallies and petitions will be sufficient in stopping over seven proposed pipelines from crossing their territories and hundreds of tankers from traveling the coast, the Mi’kmaq are showing us that the struggle must be more than a war of words. To base our resistance on only those methods approved by the state, on those which are “peaceful” and “lawful,” is little more than political theatre that ultimately serves to reaffirm the “legitimacy” of the colonial regime. It is a strategy for defeat.

The Mi’kmaq are also showing us that a real Indigenous grassroots resistance involves community mobilization and self-organization, outside of the Indian Act band councils. The blockades and confrontations are not the work of the Elsipogtog band council, but of grassroots Mi’kmaq and their allies. Elsipogtog chief Aaron Sock pretends to be a leader of the anti-fracking struggle, but he has worked with the government and police to undermine the Mi’kmaq Warrior Society, who are the ones standing on the front line (not chief Sock, other than his publicity-stunt arrest on Oct 17).

As Canada seeks to establish itself as a global petro-state, it must maintain control over Indigenous peoples who constitute a potential threat to all types of infrastructure and extractive industries, from railways and highways to pipelines and power lines, from mines to oil and gas facilities. This is why the Mi’kmaq warriors have been especially targeted with repressive actions by the RCMP.

The state fears warriors because they have the potential to radicalize movements, because they will use direct action, and because they cannot be bought off or otherwise co-opted. For these reasons, we must stand in solidarity with not only the Mi’kmaq, but also with the Mi’kmaq Warrior Society, who provide a living example of what a warrior is and the necessity of maintaining a warrior culture in order to defend our people & territories.

For information, updates, and analysis: